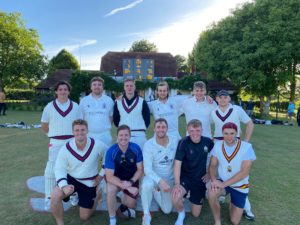 The Cricket Club aims to continue College’s strong tradition of cricket. At the top level, OCs can compete in the Cricketer Cup, which is the premium old boys’ cricket competition. The Club also plays in a number of other fixtures throughout the year.

If you are interested in playing, or would simply like to receive updates from the Club, please get in touch. 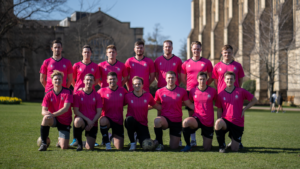 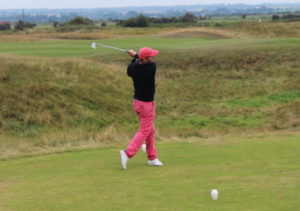 Open to OC golfers of all abilities and ages, the Golfing Society plays on some of the best courses in the country. As the fixture restrictions mean only OCs can play, membership of the Society is limited to OCs. Most meetings and informal matches against other schools are open to all members. The Society also enters selected teams in the leading national public schools’ tournaments: the Halford Hewitt, Grafton Morrish and Mellin Salver. 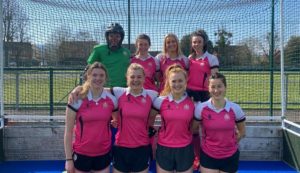 The Women’s Hockey club play in the Dean Close Sixes Tournament, usually in October each year. If you are interested in playing in future tournaments or coming along to support, check out the Hockey Facebook group for details: facebook.com/ groups/ochockey 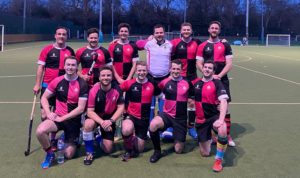 The OC Men’s Hockey Club play several games throughout the year, mainly in Battersea Park, London against other old boys’ teams, as well as at the Haileybury Sixes tournament. They also hope to be back at College to play the XI each year. The team are always on the hunt for new talent (and fresh legs) so please get in touch if you’d like to play. 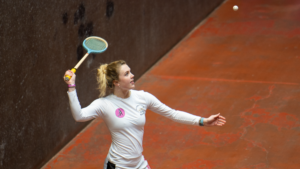 The Rackets club are involved in two main tournaments each year: the Noel Bruce at The Queen’s Club and the Cheltenham Gold Racket weekend. The Noel Bruce is the Public School Old Boys Rackets Championship and is a doubles tournament. The Cheltenham Gold Racket weekend is also a doubles tournament but this sees OCs partner up with a non-OC. It is a great weekend and includes a dinner in College Dining Hall on the Saturday night followed by finals on the Sunday. 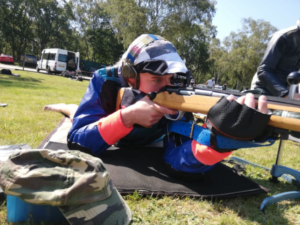 The Shooting team take part in the annual Schools’Veterans Target Rifle Match at Bisley. There are opportunities for more OC teams to enter in future years. There may also be opportunities for additional shooters to join in too, for honours only, so other Cheltonian Society members or family are also welcome to get in touch. 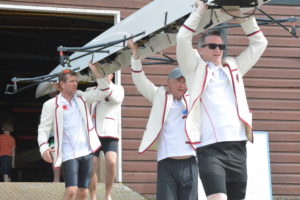 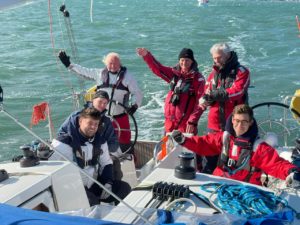 The Sailing Club’s main annual event is the Arrow Trophy, a two-day regatta between independent schools on the Solent. All members of the Cheltonian Society, of all levels of experience, are eligible to join the Sailing Club. The Arrow Trophy rules stipulate that crews must be made up of ‘former pupils’ with the option of having up to three ‘ringers’ (not former pupils) on the crew. The Club also aims to hold social events throughout the year. 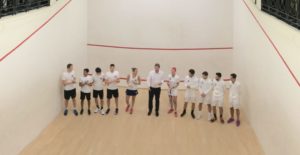 The Squash club take part in the Londonderry Cup, which usually takes place from October culminating in the finals in March, played at the RAC on Pall Mall. This competition is restricted to OCs only. The club is always looking for more squash players so please get in touch.