The Council of Cheltenham College: A Rose By Any Other Name

The ‘Council’ is the name that was given to our governing body by the Cheltenham College Act of 1894, the statute that established the basis of our constitution as we know it today. Of course, a great deal has changed since 1894, not least the fact that we are now a fully co-educational school, rather than one established ‘for the purpose of providing an efficient course of education for the sons of gentlemen.’ But whilst some things (thankfully!) change, some don’t and to this day our governing body is still known as the Council of Cheltenham College, and our Chair is referred to as the President of Council – these are names that are an important part of our heritage. Make no mistake though, whatever we call them, governors are governors.

Like so many independent schools, College is a registered charity and that means that members of Council aren’t just school governors, they’re charity trustees too – and those are both roles that come with a significant burden of responsibility. Being a member of Council (i.e., a governor and a trustee) is not for the faint-hearted!

So, if being a member of Council requires a certain type of individual, how do we go about finding and recruiting them?

Well firstly, it’s important to point out that the days of board members tapping friends on the shoulder because they happened to be ‘the right sort,’ were long ago consigned to history. The Council of Cheltenham College is a modern, professionally managed board, normally made up of between 19 and 24 members. Six of those members are nominated by the Common Rooms of both schools, the Cheltonian Society, and three leading universities. The remaining members are co-opted.

Identifying and recruiting suitably skilled co-opted members takes great care, and more than a little time. It’s an important priority for the Council’s Membership & Governance Sub- committee as well as for the Secretary to Council. We maintain a ‘Skills Matrix’ that identifies the mix of skills and experience that the Council should, as a body, have represented by its membership. Council members regularly complete a ‘skills audit’ that allows us to monitor and predict how well the Council actually reflects the ideal established using the Skills Matrix. Where gaps exist, whether current or predicted, suitably qualified and experienced candidates are sought – for example, IT directors who may be able to fill gaps that will soon be created by routine retirements from Council.

I say ‘routine retirements’ because being a member of Council isn’t a job for life. Infact, in the ‘paid’ sense it isn’t a job at all; Council members are volunteers, appointed for an initial term of three years.

That initial term of office can, with the agreement of Council, be extended once, or at most twice meaning that nine years is the absolute limit for all members except the President (slightly different rules apply). So, with a board of around 20 members, and terms of office that last between three and nine years, it’s easy to see why we’re kept constantly busy making sure that we have a strong pipeline of talented Council members in waiting.

Readers with experience of boards elsewhere (whether that’s boards of directors, trustees, or governors) won’t be at all surprised to hear what the purpose of Council is… and equally importantly, what it isn’t.

The Council certainly doesn’t exist to get involved in the day- to-day running and decision-making of Cheltenham College. That’s the preserve of the executive team comprising the Heads, the Bursar, and their senior colleagues. All members of the Council are very much aware of the distinction between governance and management and are careful not to interfere.

So, in summary, being a Council member is unpaid; it takes up a whole lot of valuable time and carries all sorts of legal responsibilities. What’s more, it doesn’t even bring with it the opportunity to get stuck-in with the day-to-day running of a school. Why then would anyone even think of doing it? The answer seems to lie in the very real sense of purpose and satisfaction that goes with being an important part of a great school like Cheltenham College. There’s a powerful intrinsic reward that comes from knowing that young people will thrive, in part at least, because of your input as a Council member (or ‘governor’ if you prefer!).

If you’d be interested in learning more about Council membership please contact John Champion, the Secretary to Council in the first instance: [email protected]

We take a positive approach to diversity and welcome enquiries from individuals interested in joining Council free from bias on the grounds of characteristics such as race, gender, sexual orientation, race or belief, marital status etc. Council members are selected based on merit alone. 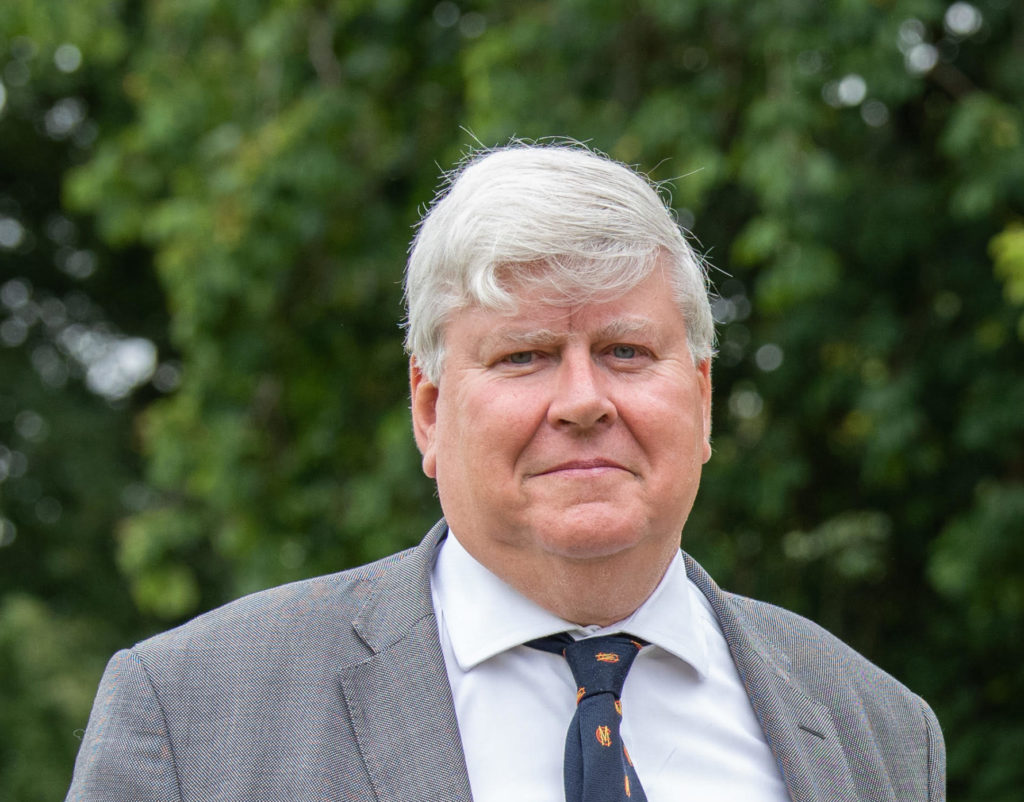 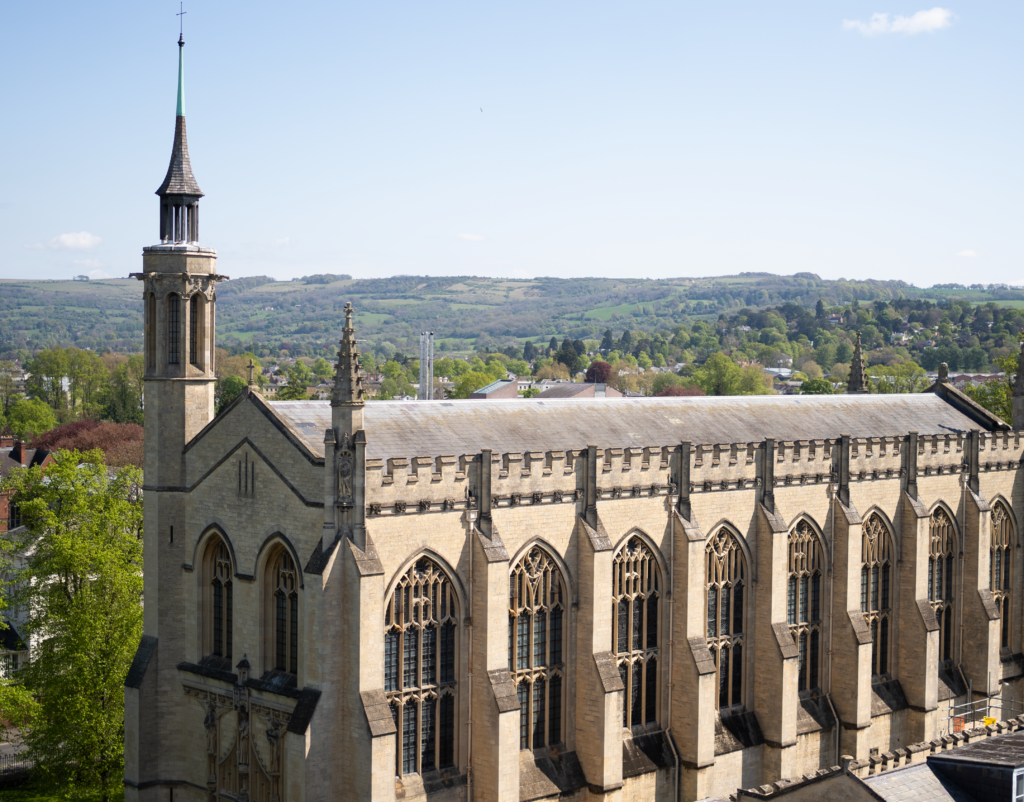 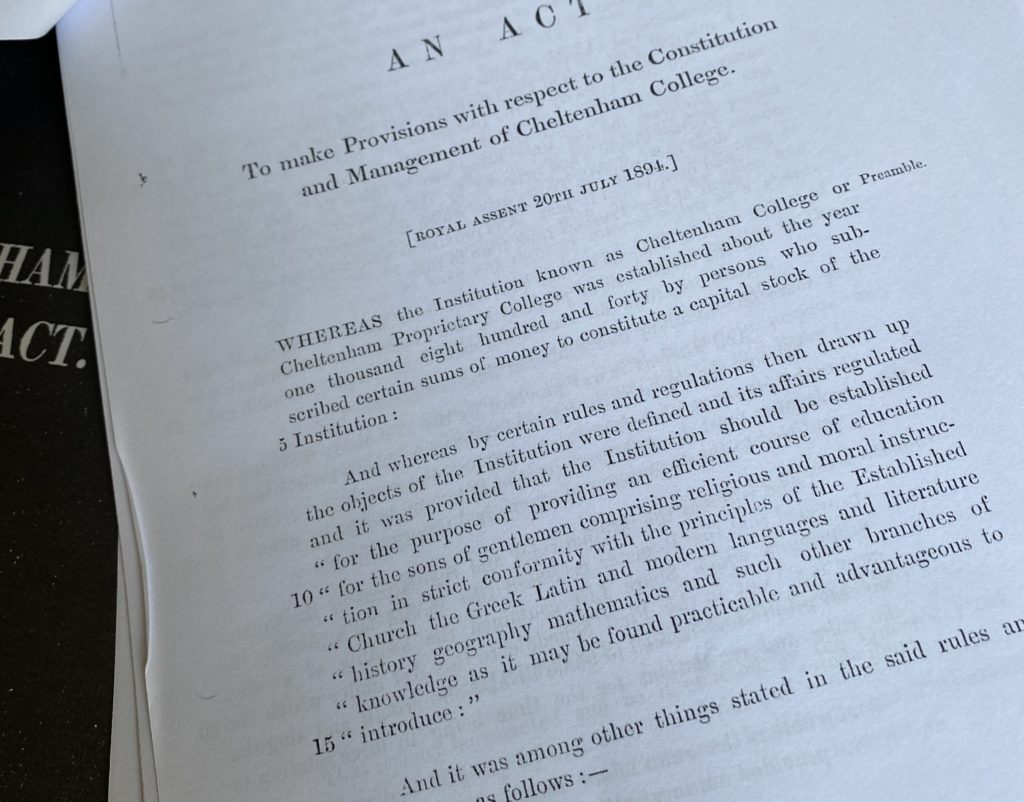