Back to News
Home > Houses > The Queen’s House

Having struggled to complete many of our usual House events in the past two years we finally managed to come together as a House this past year. These included the family rounders a few weeks into the year, our spectacular Halloween night, Christmas Dinner at the Langton and the Garden Olympiad in the Summer Term. We also managed an inspirational second place in the delayed House Singing in March with Phoebe J on the piano. As well as this we managed to come fourth in seniors and second in juniors at Sports Day with both Isabelle H-C and Isla S coming top of their year group on points. Unfortunately, due to rising Covid cases, we had to cancel our performance evening and our grandparents’cream tea afternoon. However, we are really looking forward to re-introducing this in the coming year.

Over the year many of the girls were awarded Half Colours with Eliana H collecting her Full Colours. Charlotte T was also awarded a Head’s Distinction for Theology, Philsophy and Ethics. Many of the girls also took part in evening societies including Sophie I and Georgia M both presenting at the Bingen Society while Lucille K and Hayden T spoke at the newly formed Collier Society for Academic Music.

We celebrated our win of the junior hockey House Pots captained by Ava R as well as excelling in rowing, cricket and rackets with Maddie A and Tilly C both attending the Queen’s Club championship for the latter. We were also proud to have Molly W named swimming captain for this year. Outside of College Isla S, Clara S and Daphne G all took part in tetrathlons.

During the Summer Term Lily R, Aoife M, Sophia G and Hannah D performed in the school play Lord of the Flies.
They were fantastic. Meanwhile Lula T played Kitty in College’s Spring Term production of Pride and Prejudice.
Over the year many of the musically talented girls participated in music ensembles including Symphony and Chamber Orchestra, JIG, Jazz Band, Wind Band, and various choirs. We also had several talented performers in the Variety Show.

Many of our Fourth Form participated in CCF but special mentions go to Lower Sixth Sophie E who was made Lord Lieutenant’s Cadet for Gloucestershire and Upper Sixth Sophia V for picking up a prize for amazing service, leadership, and commitment at this year’s Sword of Honour Parade. Our Fifth Formers Katie R, Coco H M and Molly R were all promoted to the rank of Corporal.

Queen’s wouldn’t be Queen’s without the various people working behind the scenes to make every day run smoothly. Therefore, we feel that we need to thank our Matrons: Mrs Hande, Mrs Hale and Mrs Hamilton who have various roles around the House including bringing together the girls from different year groups and helping us all whenever we are struggling. We also need to say a thank you to Toni for helping with the upkeep of the House, day in and day out to make sure that we have a clean environment to be in. Finally, we of course have to thank Madame Bates, Mr Bates, Eleanor, and Eloise for welcoming 59 girls into their House and family environment every day.

Earlier in the year we were so very sad to see our long serving Queen’s Matron and Assistant Housemistress Mrs Hande go. She came to us 11 years ago from a nursing background and sadly leaves us to return to the NHS. Thankfully we have kept in touch and she is still visiting us regularly. We wish her all the best in her new career.

We are also sad to say goodbye to Tabby T, Coco H M, Adena S and Lula T. We also say goodbye to our eight lovely Upper Sixth girls whether they have been here since Third Form or Lower Sixth. We wish them all the best in all of their future endeavours whatever they may be, and we hope that they will come back and visit Queen’s in future years.

‘I will thoroughly miss regular games of werewolf with the girls, but in terms of specific days then our final Speech Day and our Upper Sixth leavers meal are definitely some of my favourite memories. If I could go back in time, I would tell my Third Form self that perfection is overrated. There is no need to be the perfect student or to try and look perfect. Just enjoy school, be confident in yourself and have fun – because it goes so quickly!’ Sophia V. 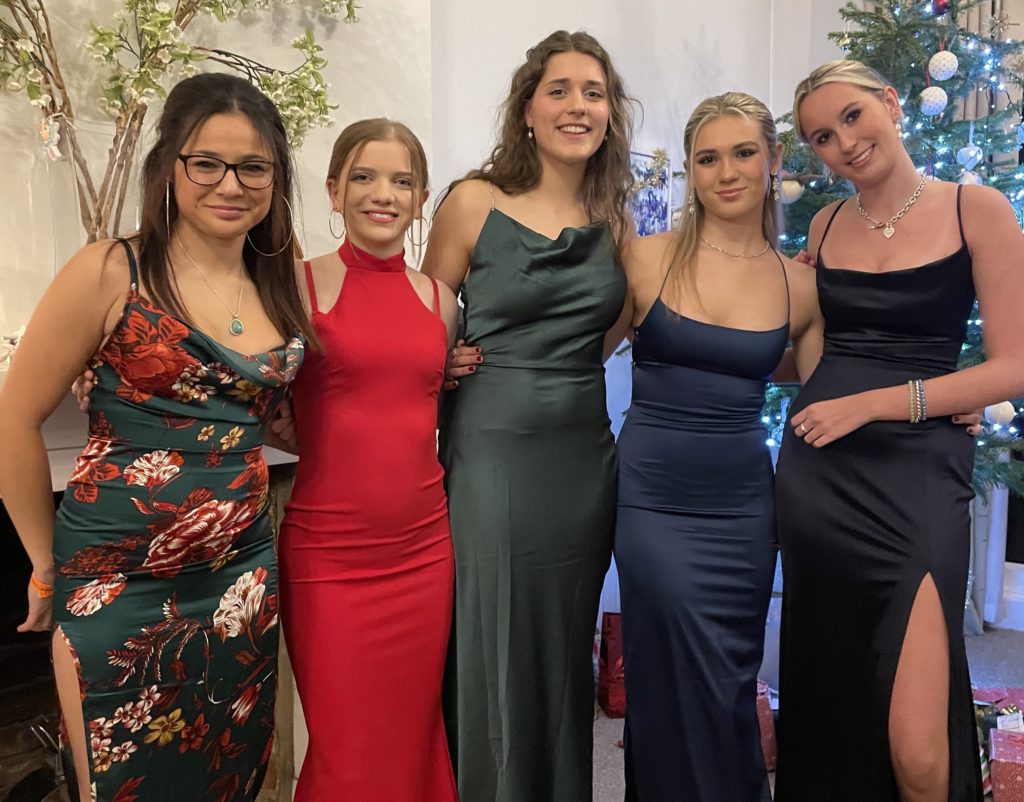 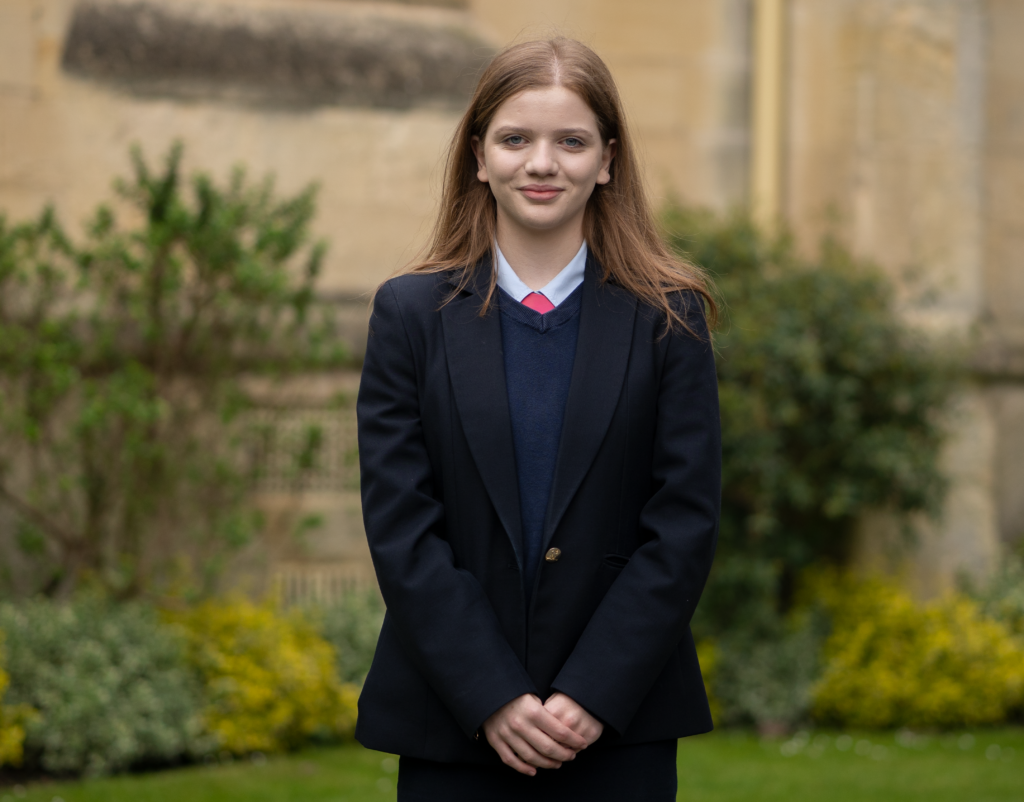 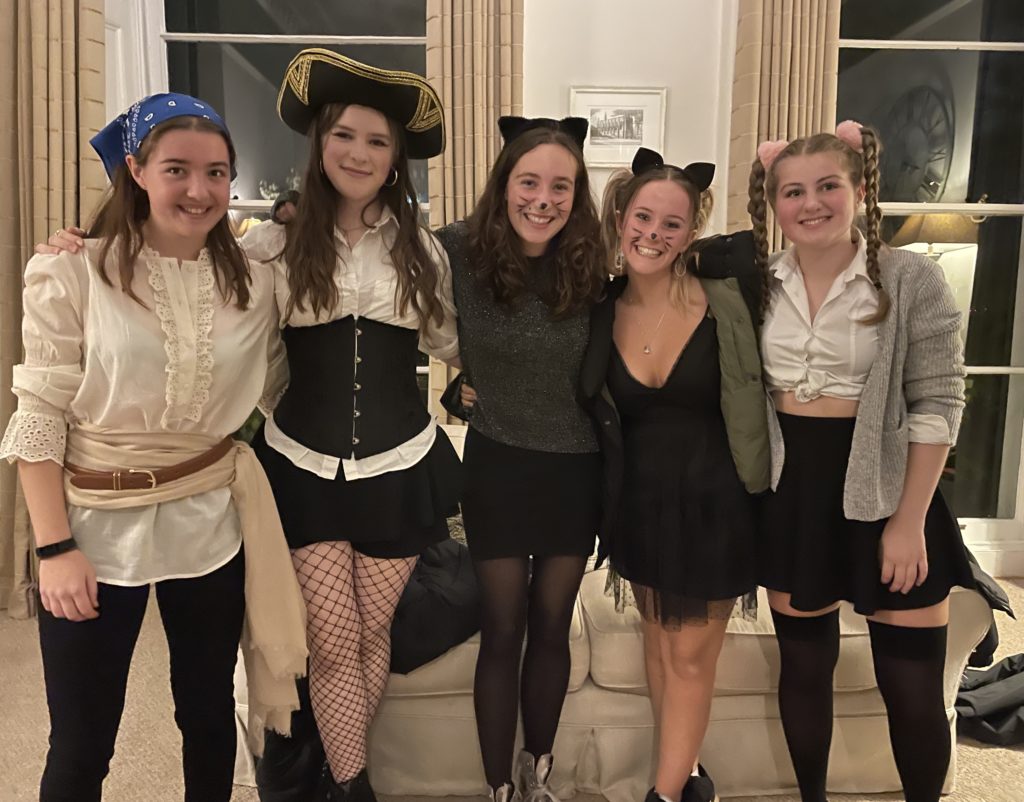 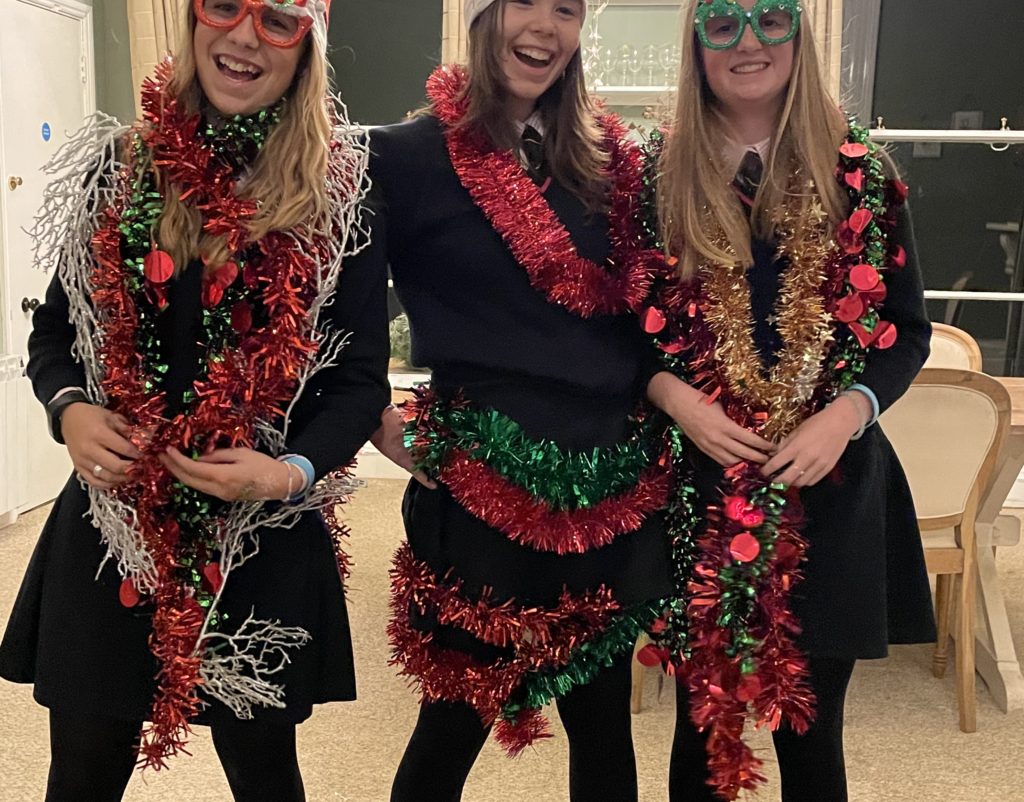 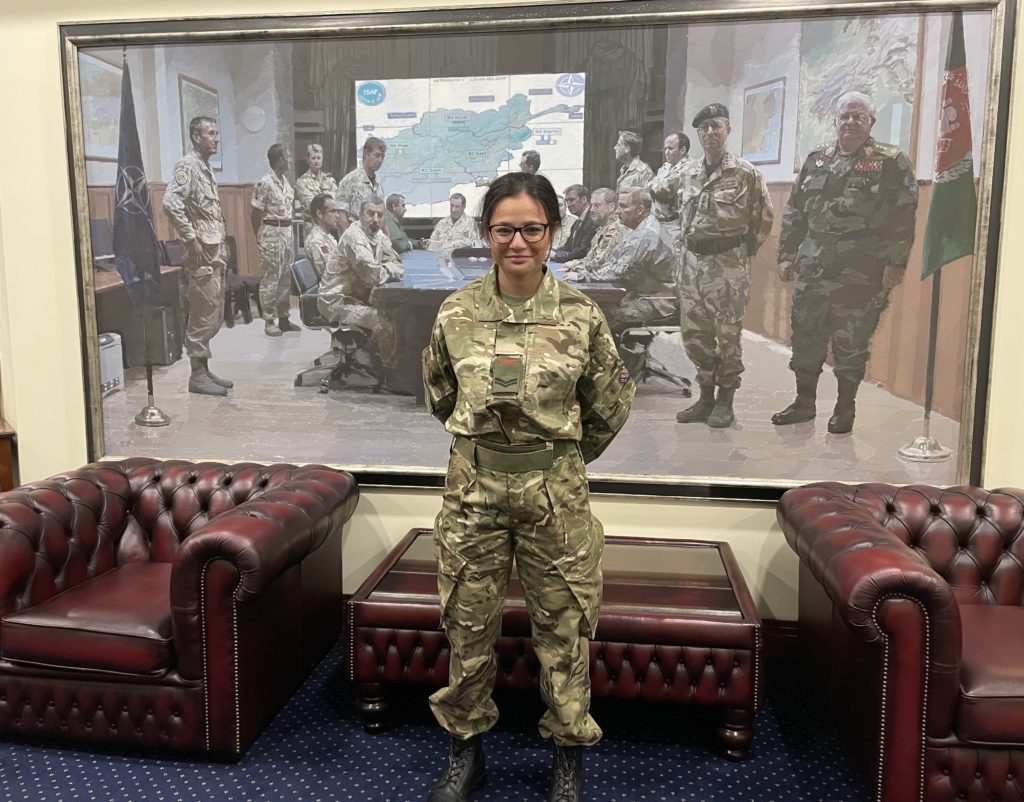 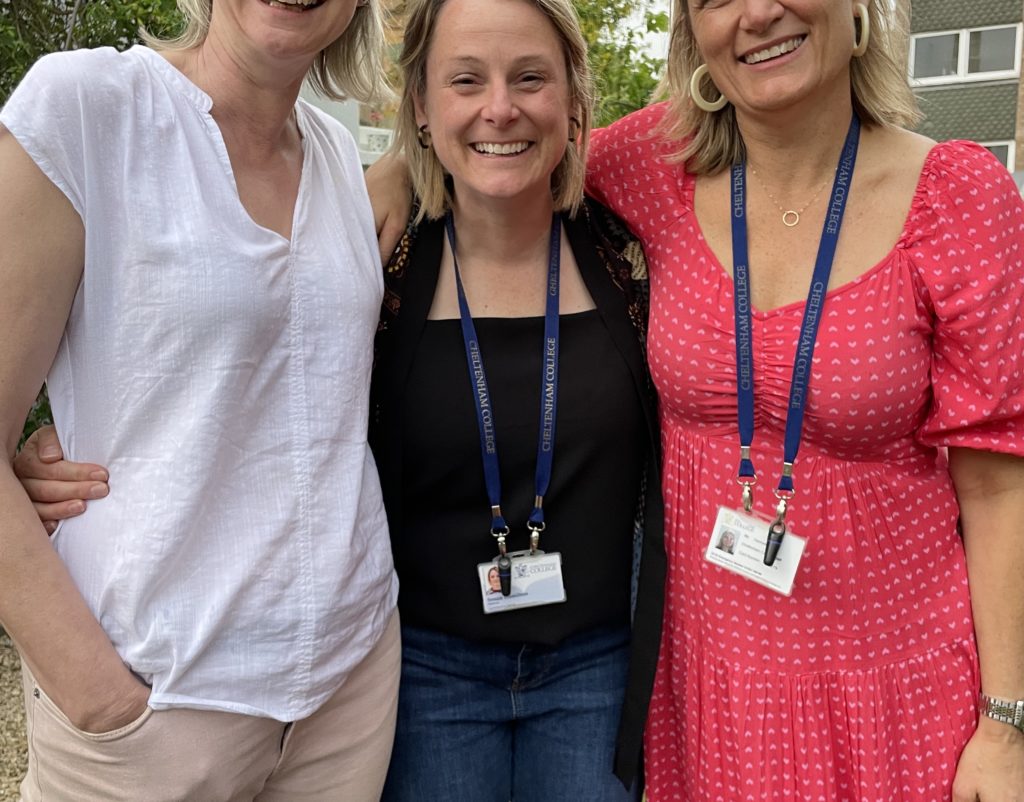 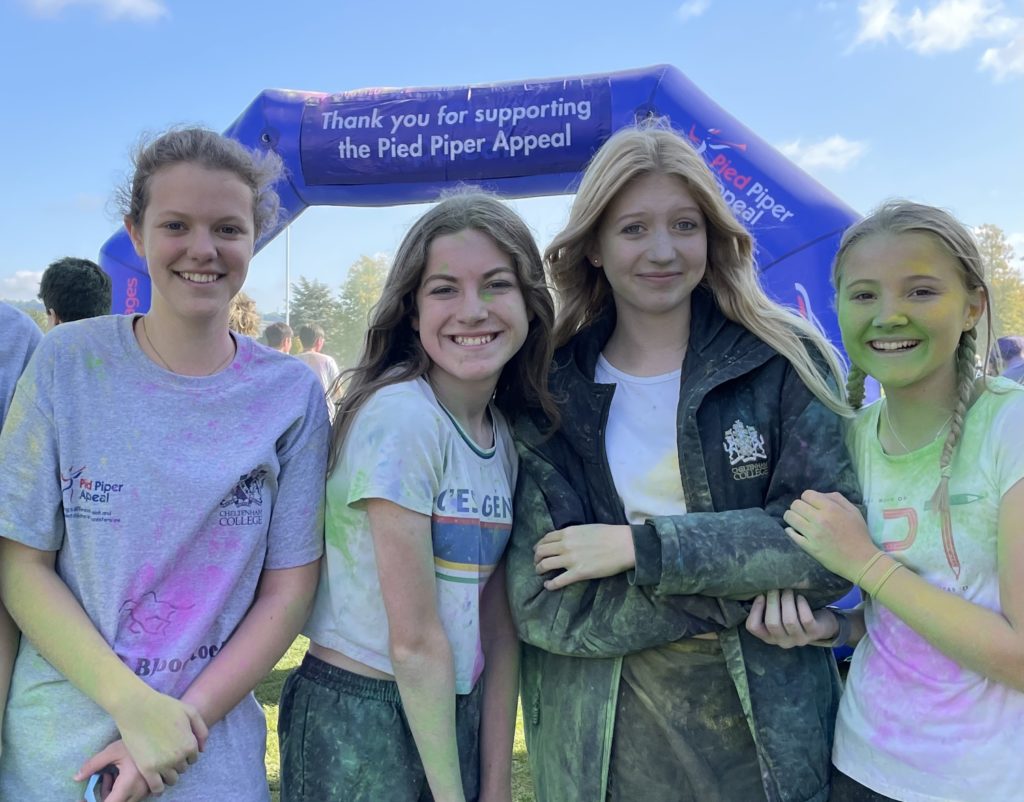 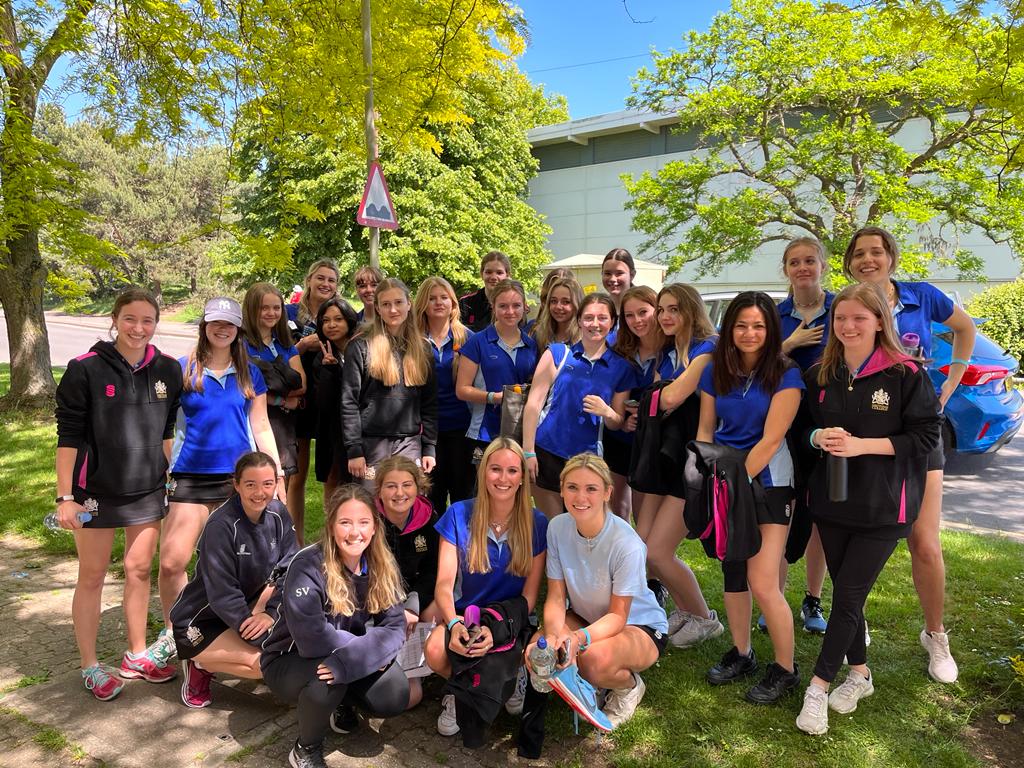 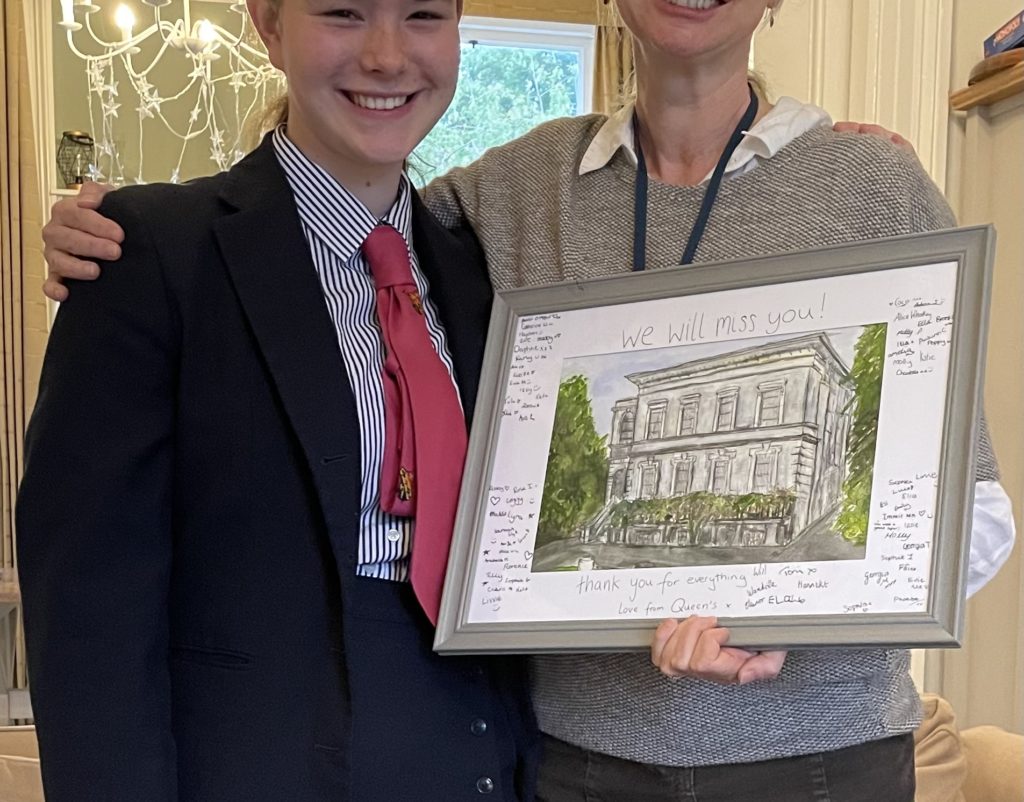