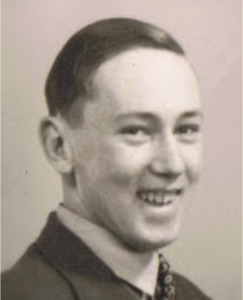 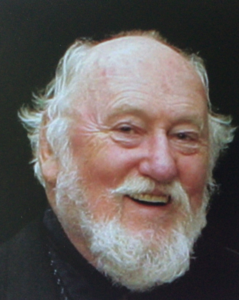 Mike was very involved in Societies at College, being a member of the Aeromodelling, Aeronautical, Engineering,

Morley and Natural History Societies. He was a member of the RAF section of the CCF. One of his end of term reports said, ‘The Airforce offers a wonderful opening today for an intelligent boy who can take his work well beyond qualifying standards. He could hardly fail to end up an Air Marshal.’ His interests at College are clearly reflected in his career.

The following is a slightly abridged tribute written by Tim Calloway, a very good long-time friend of Mike.

I first met Mike in 1984 when I was working as the curator of photographs at the RAF Museum and my research appointment on 5 September was an M McEvoy who was researching various versions of the Vickers Wellington and was on a picture hunt he was writing.

I was immediately struck by his green corduroy trousers, bright check shirt, striped braces and a violently patterned bow tie. Only later would I learn that this was his standard mode of dress! Our day flew past, our conversation ranged, as conversations with Mike always did, across history, politics, the state of the armed forces, music, comedy and a gamut of other subjects too numerous to count!

On discovering he had flown the world’s most beautiful jet fighter, the Hawker Hunter, in the Royal Air Force, I immediately pounced and pestered him with all sorts of beginner’s questions on what it was like to fly and operate. With the kind of patience that was to manifest our regular conversations from that day onwards, he grinned irrepressibly and answered even the most asinine question in full, with what was usually a self- deprecating anecdote or two thrown in for good measure. He was a kindly and gentle soul, always willing to respond to enthusiasm and share his experience and knowledge, usually making you laugh out loud while doing so.

During his many visits to the Museum, we also discovered a shared love of building models, his advice on paints, cements and brushes, saving many of my wilting, streaky attempts from being complete disasters.

My next encounter with him was when working at West Drayton LATCC in 1994. There was a buzz in the centre as the new watch boss was coming round to meet everyone. I looked up from the wings on Dover/Lydd and said, ‘Hi Mike. What are you doing here?’ To which he replied, ‘I was about to ask you the same question.’ He was a wonderful boss too as I was to find out over the next three years before I left. I will always remember him turning up to the Christmas Day watch, traditionally with everyone in costume, dressed as a Turkish Sultan, pointy hat, cloak and shoes all in a livid purple! Even in the most serious business he was able to inject a relaxed sense of fun to the proceedings, and I found his leadership did wonders for my stress levels.

He discovered that I was writing books and websites while working at LATCC which occasioned the first invitation to visit his amazing house in Marlow so he could help me with some research. This proved to be an experience in itself for two reasons. Firstly, meeting his lovely wife Gina and being made to feel completely welcome by this witty, kind and lively lady who wanted to know my opinion on a wide variety of subjects, from folk music and plants to birds and comedy. Secondly, the house itself was astounding, crammed to the rafters with books, pictures, records and magazines on all the subjects they found to be fascinating. Mike was buried in a den of models and books, and despite the seeming chaos was able to lay his hands on the material he wished to show me and discuss. He had the ability to give his time fully to people whether as an amazing boss, a wonderful research colleague, a devoted husband, or a superb host!

Mike was also involved in air displays, running the Air Traffic Control team for the International Air Tattoo in the 1970s and 80s. Mike was part of the team that established the event to become the world-renowned show it is today. He really was the ‘Compleat Aviator.’ If he had not flown it, he had probably built a model of it, seen it at an airshow or seen it at some stage in his career.

Mike will be badly missed, not only by his beloved wife and soulmate Gina, his sons Dominic and Hugh, daughter Anna and his grandchildren Eva, Jackson and Ramona, but also by his friends in the modelling world.