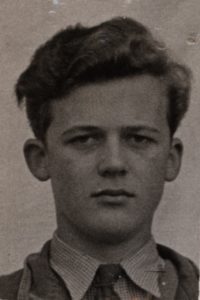 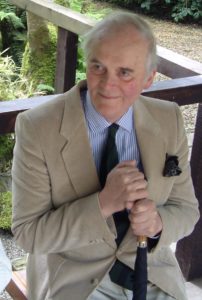 After leaving College, Ian went to law school in London, followed by National Service with the 60th Rifles in 1959/60, and then into the family firm of Searle & Burge, as a solicitor, in Newport, Monmouthshire. The firm later amalgamated with another family firm to become Llewellin & Burge and he practiced there until 2012. Aside from the law he had a range of business interests including developing a portfolio of commercial and residential properties, a nursing home, and serving as a long-standing Director of the Monmouthshire Building Society.

Along with a career in the law, he had the energy and drive to save and then help develop Rougemont School, Newport. Together with a group of other parents he raised a loan to buy the school and prevent its closure in 1974.

He was Chairman of the Governors of Rougemont from 1975 to 2015 and during this time he actively supported its development from a small local school into south east Wales’s leading independent day school with 650 pupils aged from four to 18. This was his proudest achievement. His interest in education also included serving as a Governor of St Johns on the Hill, Chepstow (the prep school he had attended before going to College), and being an active member of the Governing Bodies Association.

He spent most of his free time maintaining and developing a series of large houses and gardens – with emphasis on industrial scale mowing and clipping. Even in his later years he was building things, erecting scaffolding to cut hedges and often his wife June had to call him to come down and tell him that men in their mid-eighties shouldn’t be climbing on the roof! He did however find time for many other interests – playing his beloved piano, learning languages, reading and serving as Chairman, then President, of the Monmouthshire Antiquarian Association from 1970 until 2013.

He could be amusing and perhaps a little bit eccentric. He regularly rode a Vespa scooter wearing a pinstripe suit and a ‘crash’ bowler hat to work. Sometimes with a labrador balanced cross-wise on the footboard. The rules were a bit more relaxed then as he always took the dog to work and sometimes even into court proceedings.

Ian was predeceased by his son Bass and is survived by his beloved wife June and his sons Nick, Jo, Alex and Ben.