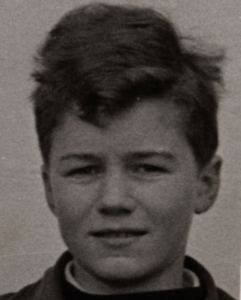 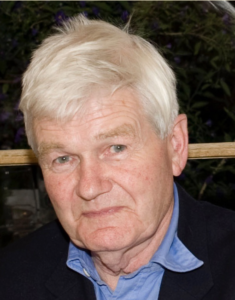 Following his father’s death in 1952 when George was only 16, he decided to leave school and follow his brother Bill into farming; he took a farming apprenticeship prior to National Service in the Royal Artillery and study thereafter at the Royal Agricultural College (RAC).

With their mother, the brothers purchased Hartley Farm, near Cheltenham, in 1958. The farm was a run- down dairy farm, however, the brothers didn’t relish the grind of dairy farming and set out to specialise in arable farming, with sheep on permanent pasture and grass leys. Their timing was good and with a lot of hard work, not least from the many friends who helped them, they were successful and were able to consolidate and reinvest into more land.

Sport and the camaraderie that accompanied it was an important feature for George both for the army, the RAC and afterwards. He enjoyed rugby and hockey, played cricket for several clubs including the Old Cheltonians and Gloucestershire Gipsies, and had enjoyed golf particularly on the links at Borth, mid Wales, since his early childhood. He had a particular affiliation with the Slad Exiles cricket club which he had founded in the 1950s with some friends and his brother, who was its vanguard until his own untimely death in 1988.

Through Slad Exiles cricket at Miserden, George also met his wife to be, Margrit, a young Swiss lady staying at nearby Wishanger Manor whilst preparing to study agriculture in the UK. They spent their 56 years of very happily married life at Hartley Farm, expanding the arable business, enjoying several years in the bloodstock game and rearing both thousands of sheep and their children, Dan and Daisy.

George enjoyed the farm shoot into old age, when he would often astonish those who did not know him with characteristic feats of marksmanship.

He had a love for nature and an intuitive sense for the ebb and flow of the seasons; he deployed these with great care and to great effect in the management of his magnificent garden, which was a source of great contentment during his later years.