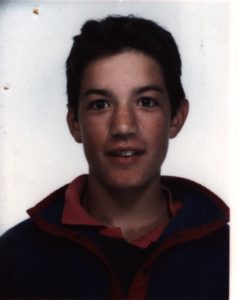 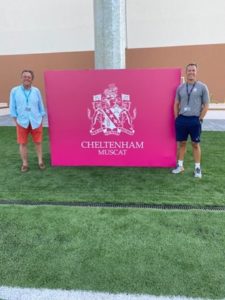 On 31 August 1997, I set off for my first day at Cheltenham College. Mr Cook (Housemaster of Leconfield) had that summer come to my prep school, Beaudesert Park, and I was looking forward to starting at College, albeit a little nervous!

My father Julian Snell (L, 1976) had paved the way for myself and my three brothers, Olly, Joey and Hugo, to all head to College after prep school.Coming from an Army family, boarding was the only thing I knew, flying off to prep school from Germany and Cyprus and eventually driving from various Army bases in the UK. I loved it.

Leconfield was my home away from home and what a place it was. The warmth of the House and the leadership of Karl Cook and the House staff were outstanding, and they made for some of my happiest memories at College.

In no particular order, here are some of the highlights: cycling to Romania to raise money for a Romanian Orphanage; the cricket tour to Goa; two rackets tours to the USA and Canada (which definitely led to me going into rackets after school); Chapel; Leconfield; friends for life.

After leaving College, I studied Sports Development at the University of Gloucestershire, where I also coached hockey.

This gave me a glimpse into the other side of the teaching world and it was something I really enjoyed. I started out at Rugby School, coaching sport, tutoring, teaching some PE and starting professional rackets training under the tutelage of Phillip Rosser. I completed my rackets professional training at Eton College with Peter Brake, who had once been the Head Rackets Professional at The Queen’s Club. As luck would have it, that was where I headed next.

Head Rackets Pro at The Queen’s Club was such a fantastic job and opportunity. Whether it was coaching the Monday night club players or playing in the British Open, it was such a privilege and also where I met Zoe, now my wife, through Will Dixon (Xt, 2002).

After six years in London, and now with Archie Snell, we needed some more space. I also yearned to get back to the school environment. We had very happy years at Sandroyd School, where I completed my PGCE and was Housemaster of the Year 8 boys, followed by Warminster School after the birth of Willa Snell. We enjoyed Warminster hugely but the pull of Cheltenham College opening a school in Muscat, Oman (where Zoe’s mother has lived for 17 years) was too great an opportunity for us not to explore. 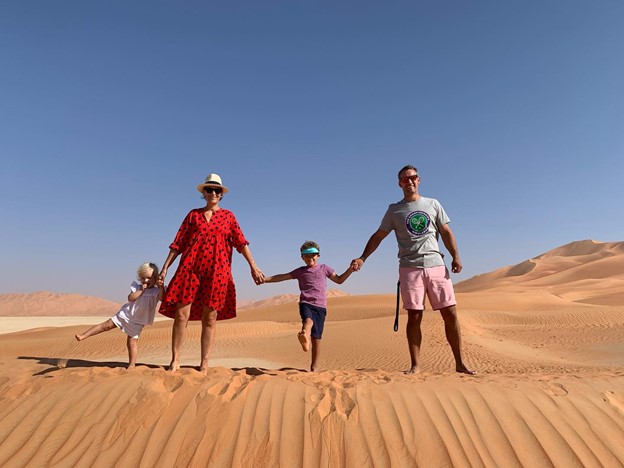 At the time of writing, we have nearly completed our first year here in Oman, setting up Cheltenham Muscat. I have been teaching PE and heavily involved in the pastoral side of things, Zoe has been running the communications and marketing. It’s been interesting, challenging and rewarding, but the school is in good shape and we will have more than 450 pupils in September 2022! Oman is an amazing place. If you haven’t ever visited, get yourself over here.