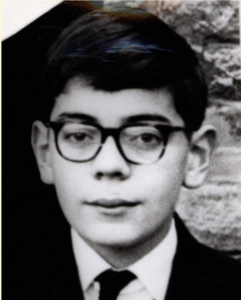 Bill’s years at College included very active participation in sport, especially rugby and rowing, and he developed his love of mountaineering with other climbers at College. He played in the 1971 1st XV and rowed in the 2nd VIII and in his final year he was vice-captain of the Rowing Club. Bill had a wide group of friends at College, many of whom have remained in touch. He loved music and was an energising performer, playing the guitar. The rock band he played in, with other school friends, will be remembered, at least by the band members!

Bill chose a career in medicine, studying at the Middlesex Hospital and qualifying in 1977. While a medical student he met, and subsequently married, another Middlesex medical student, Justine Antoine. They went on to have two children, Alex and Jessica, and Bill truly loved being a family man.

After qualifying as doctors and doing initial hospital training posts, Bill and Justine worked for three years at the Charles Johnson Hospital in KwaZulu-Natal, with Bill serving as medical superintendent in the latter part of their stay. This experience both demonstrated and developed Bill’s great dedication to a truly compassionate and engaged approach to patient care, which he maintained throughout his career.

After returning to the UK both Bill and Justine trained in General Practice and then took on partnerships in Gloucester Practices. Bill became a GP trainer and a course organiser for GP training. He had a real facility for inspiring education, and his work with trainee GPs incorporated adventurous activities and a deep sense of the value of the humanities as an aid to understanding patients’ and doctors’ experience. Bill’s particular interest in the power and place of poetry in medical training led to him gaining an MSc with a dissertation on this topic.

Bill was a great support to both his parents, and when he retired from general practice in 2013, he dedicated an increasing amount of his time and skill to caring for them both as they became more frail, allowing them to remain in their own home.

Bill’s love of the outdoors and the natural world found expression in his garden, which became an ecological haven, and in the joy he found in walking. His gifts as a performer were exercised through his band, Malpractice and the Sick Notes, as well as the many family gatherings that Bill and Justine hosted.

Although Bill had always been the most positive and optimistic of men, he suffered a severe depression in the last year of his life. Despite support from his family, full engagement with psychiatric help and treatment, and his own courageous efforts, Bill took his own life on 11 October 2021. He will continue to be greatly missed by all who loved him and by all who were inspired by him.