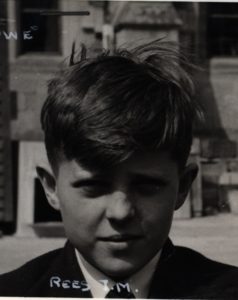 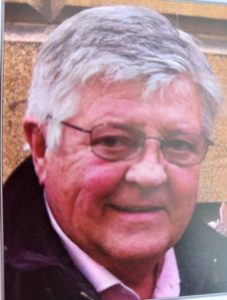 The following obituary was written by Lynn Rowland (Xt, 1962), a very close friend to all the Rees family.

John briefly attended an infant school in Abertillery, before moving to the Wells Court, a pre-preparatory school near Tewkesbury, which later became Bredon School. From there, he followed his older brothers and cousins to The Wells House in Malvern, a school known for its rigour with cold baths in the morning and runs before breakfast!

At the age of 13 it was time for Christowe and College, where he entered fully into the life of the school, making numerous valuable contributions, particularly on the rugby pitch. He was an avid supporter of Welsh rugby, including Abertillery RFC, where he voluntarily worked as the club dentist for many years. His excellent A Levels had enabled him to gain a place at the prestigious School of Dentistry at the University of Bristol. In fact, he qualified as the top student, achieving the Gold Medal, awarded for the first time in almost 40 years. He became a truly inspired dentist; his incomparable skill and quick wit made him extremely popular.

John was a wonderful mimic with an indefatigable sense of fun; he had the ability to recognise humour in almost any situation and probably would have done very well as a ‘stand-up’ comedian. Speeches he made, on many occasions often with little or no preparation, were invariably memorable, as were his general observations of the world around him. He designed, for himself, a Coat of Arms, consisting of a shield with central molar, flanked by two daffodils and crossed toothbrushes – so typical of his sense of humour, particularly the Latin motto, ‘extraxit ut alii ederent’ – He Extracted That Others Might Chew.

John cared deeply about the Welsh nation. On more than one occasion he wrote to the First Minister, complaining about the lack of investment in the poverty-stricken valleys. He also complained to the Welsh Rugby Union, regarding the spiralling cost of international rugby tickets which the average working-class Welshmen could no longer afford.

John was certainly a larger-than-life character and will be sorely missed by those who knew him.

He is survived by his two sons, Daniel and Gareth, and three grandchildren, Harry, Delilah and Ivo.