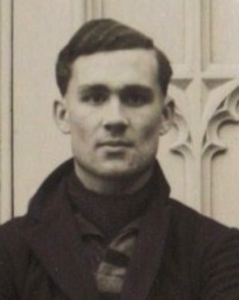 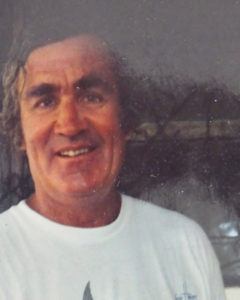 David entered College on an Exhibition which was later upgraded to a Scholarship due to the progress he made in the classroom, and was awarded the Ian Marsden Science prize.

David was a College Prefect and Head of House. He excelled on the games field and played in the 1st XI cricket and hockey teams as well as shining in athletics, throwing the discus and the shot. He was awarded his College Colours in each sport.

David was awarded a scholarship to the University of Cambridge, where he studied Geology and Inorganic Chemistry and won Athletics and Cricket Blues.

On graduating, he moved to Kenya and many there will remember him fondly as a pioneer fisherman on the Kenyan coast where he and Jeni fished with huge success over the years. They were also very successful farmers in the 60s and 70s.

His real loves in life were cricket and the opera. He was a big gentle giant about whom no one had a bad word to say and he had no enemies.

He will be sorely missed by his family, friends, his devoted house staff and the Watamu community who stood by him in his latter years.