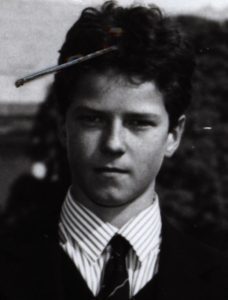 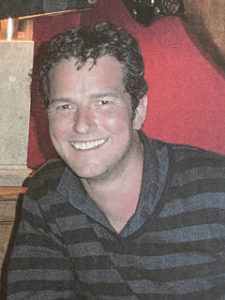 Whilst at College Damien was a College Prefect and Head of Wilson House. A keen and competitive sportsman, he represented College in the 1st XV and was a key member of the rugby sevens team who were runners up in the 1991 Rosslyn Park National Sevens Competition. Damien also represented College in the 2nd XI cricket and played in goal for the legendary and unbeaten 3rd XI hockey team.

Upon leaving College, Damien went on to read History at Manchester University. On graduating, Damien moved to London to pursue a career in media and advertising, working for some significant organisations such as Leo Burnett/Starcom Mediavest and Publicis. His attitude, personality and professionalism led to rapid advancement, and he quickly moved up the ranks to such roles as Senior Board Advisor and Global Commercial Director which also gave him the opportunity to travel and see the world.

When he finally hung up his playing boots, Damien’s keen interest in sports continued where he became highly knowledgeable across many disciplines. If there was anything he didn’t know about boxing, you didn’t need to know it!

Damien was a close and loyal friend to so many people both in and outside College and will always be remembered as one who would try and bring out the best in those around him. Whilst at College, he was part of a very close group of friends who all still commit to meeting up for a long weekend each November. Damien may be gone but will never be forgotten and is dearly missed by all.

Damien is survived by his mother Gill and his brother Denzil and was a loving Uncle to Herbie and Edie.