Back to News
Home > Houses > Christowe

It’s safe to say that the Christowe spirit was maintained by the Boyceites over lockdown and bolstered throughout this year. Our ‘family’ football was eventful as always and was a good opportunity for boys of different years to work as (mostly) unified teams.

Our traditional Christmas Dinner at the Manor by the Lake lived up to its delicious expectation. Upper Sixth Ronald T and Joseph M opened their speeches with amusing jabs at both teachers and boys alike. This was followed by Jaden S’s heartfelt speech to say thank you to Mr Mace. We have many House stars including James F who won the gentleman award at Christmas Dinner, Ronald T who embodies the Christowe spirit fully by always greeting us with a smile, and Max B our resident chef with his extensive repertoire of pasta recipes.

Christowe has had many academic achievements. Third Form Boyceites performed extremely well in the UKMT Intermediate Maths Challenge with Stepan R winning a Gold certificate, Henry B winning Silver and Nick N winning Bronze. Henry B then went on to compete in a further Maths challenge, the Grey Kangaroo, where he achieved a Merit. Fourth Form also had an outstanding academic year with Tor A achieving the highest maths UKMT result out of his year. In Biology, Alvin S won a Gold Biology award, Ed R-D won Silver and Hobie B won Bronze.

The year has been one packed full of spectacular sporting events and endeavours for Christowe. Temwani B, Joseph M and Max B all made appearances for the 1st XV rugby. Frankie W and Joseph Maguire both played in the rugby sevens tournament and Edoardo VS and Max B appeared together for 1st XI football.

Furthermore, Max D gained a place in the first team cricket team and Anay S has been playing first team tennis. In House Pots, Christowe also had an outstanding performance. We won House tennis and came second overall in House swimming; both excellent results. Robbie S got to the semi finals of the Independent Schools’ Singles championships at the Queen’s Club and we’re sure he’ll be an excellent captain of rackets for the coming year.

Christowe had an outstanding performance in the first House Singing competition since 2020, achieving third place overall and second out of the boys Houses, only closely losing to Leconfield. A few of our more dramatic boys have taken part in school productions. James F has been busy, playing roles in productions of Into the Woods and Pride and Prejudice. Drama exhibitionist Caspar C also took part in the production of Lord of the Flies. As for music, Henry G played a solo trumpet performance of ‘The Last Post’ on Remembrance Day as well as performing the National Anthem on Speech Day. Stepan R has also performed piano twice in lunchtime concerts. To top it off, Rory M made a superb Chapel speech on masculinity that won him the Jackson-Matthews Chapel Prize.

After speaking to some of our Upper Sixth, whose College and Christowe journey are sadly concluding, it was heart-warming to hear some of their most cherished memories whilst in House. For example, Rory M can still recall the night that Mr Mace found him and others watching Chernobyl at 23.00 the day before their Fifth Form mock exams. Isaac Wong said he loved how much Christowe feels like a true family and what fun he had during the House family football. Joseph M, commented on how Christowe has been so influential; not only forming his character as an outstanding Deputy Head of House but also how much he has loved seeing how much of a positive impact the ‘Christowe Spirit’ makes on all the boys involved in House.

After seven long years, Christowe will finally be relinquishing its grip on Mr Mace. He will be dearly missed and the impact he has had on the House will remain within the walls of Christowe for many years to come. We are now welcoming not just a new Head of House, Edoardo VS, but also a new Housemaster Mr Paynter. Edoardo can’t wait to work Mr Paynter to add a new creative element to House whilst maintaining the brilliant spirit of Christowe alongside our incredible team of Resident Tutors. He’s also looking forward to working alongside our two lovely Matrons Mrs Hyde and Mrs Parker-Butler, who are indisputably the sweetest and best in school. 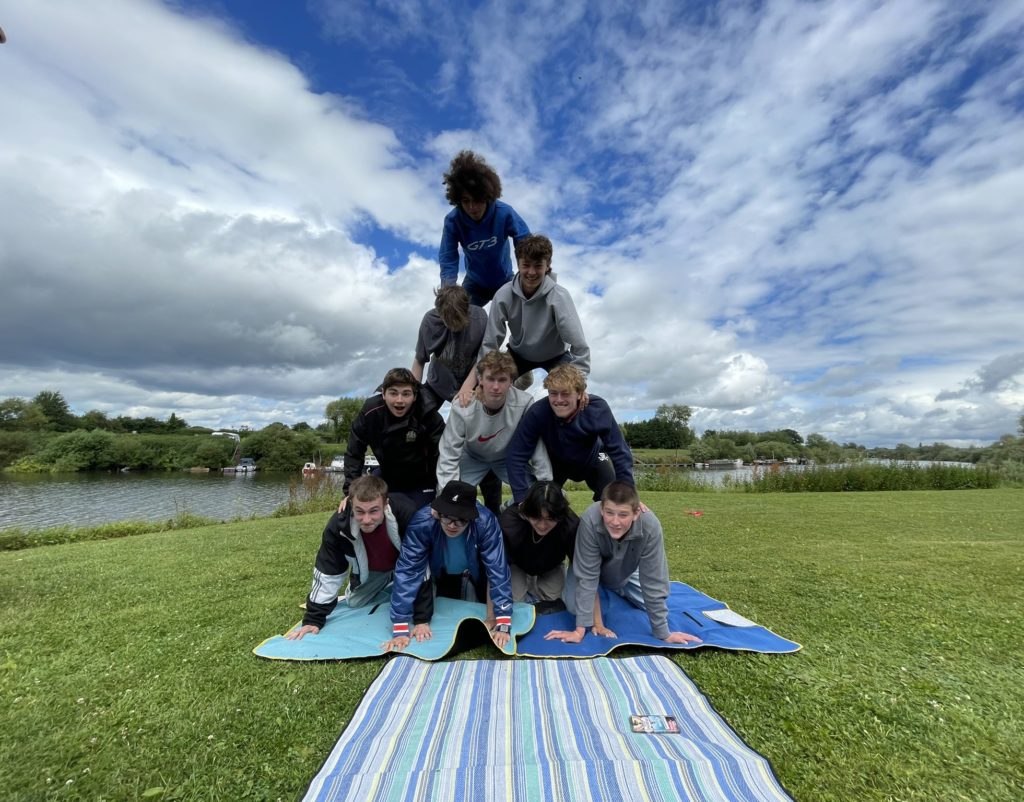 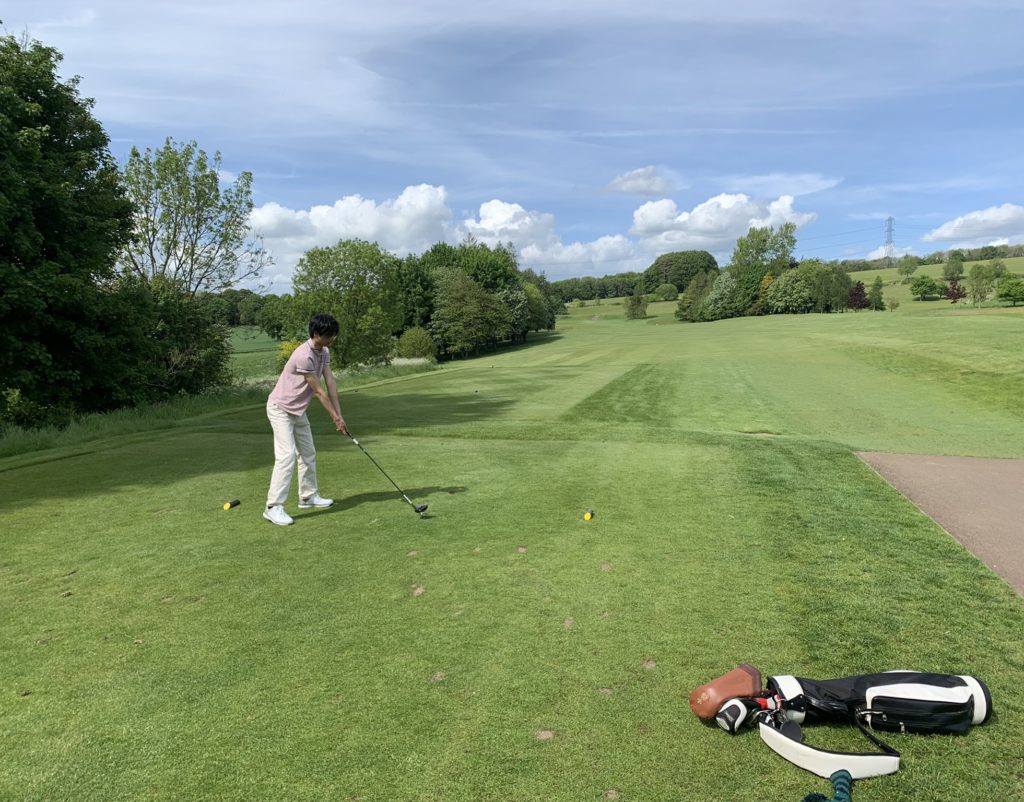 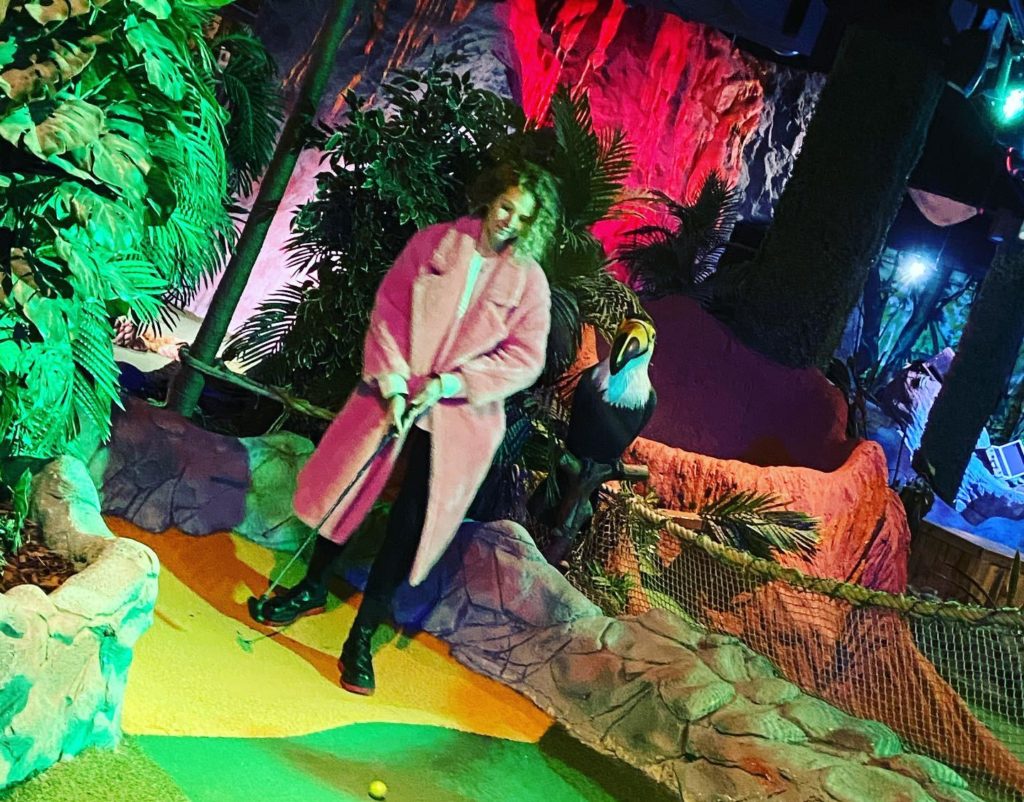 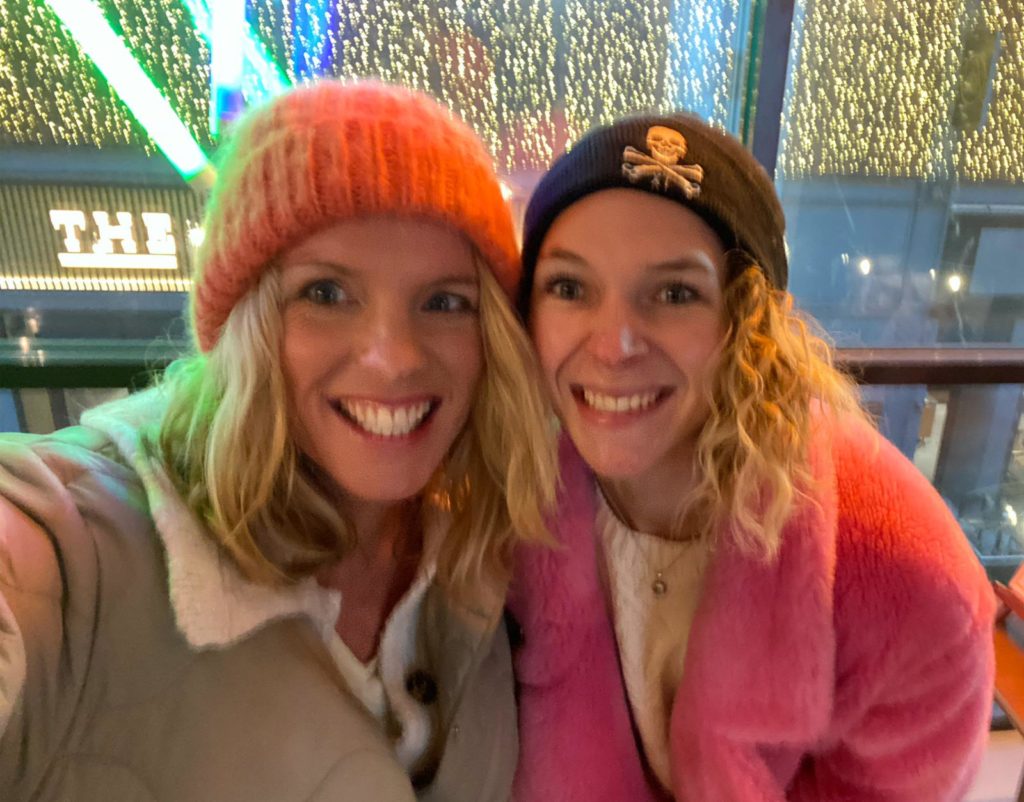 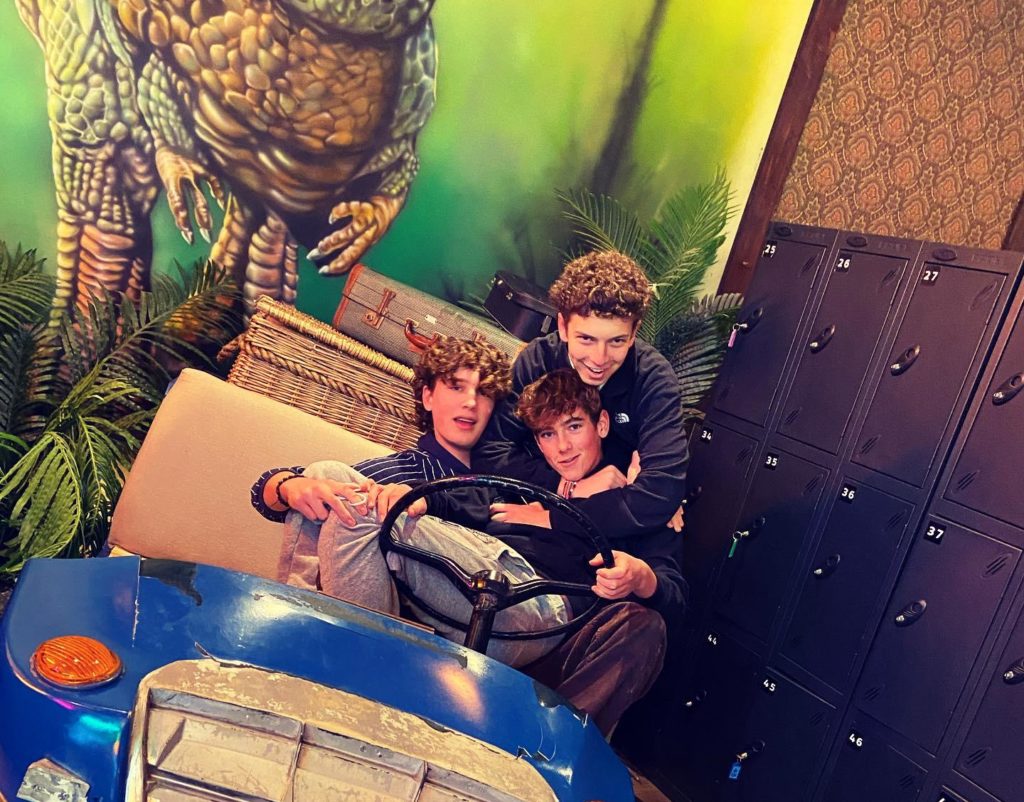 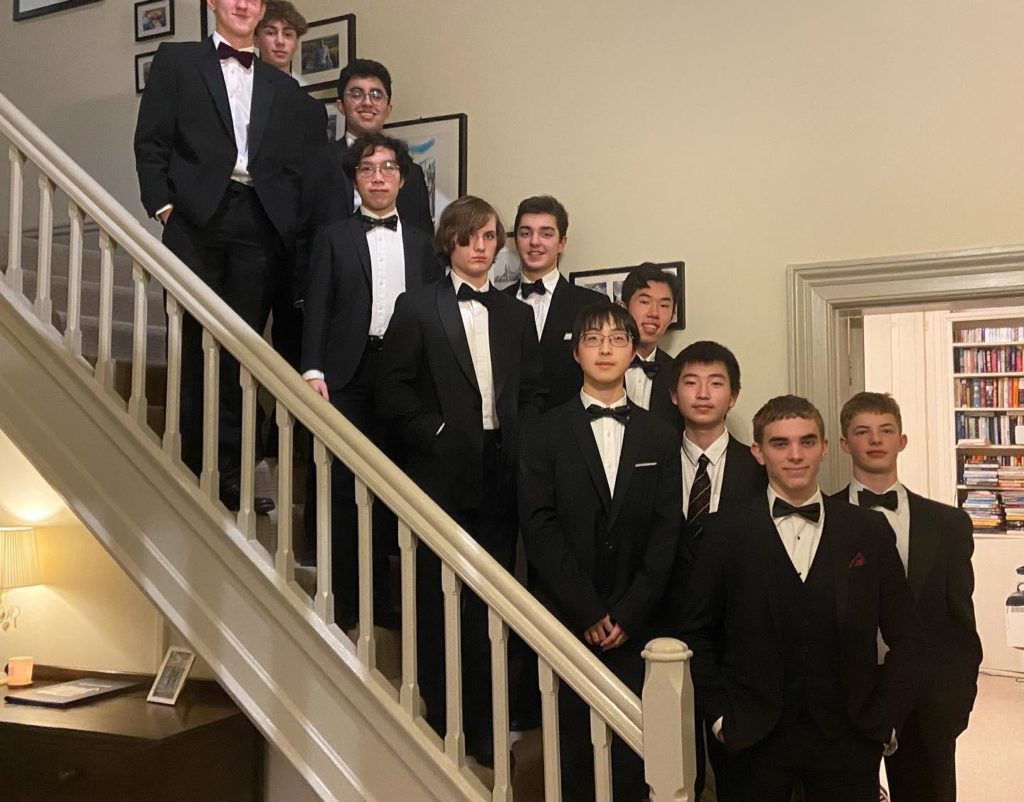 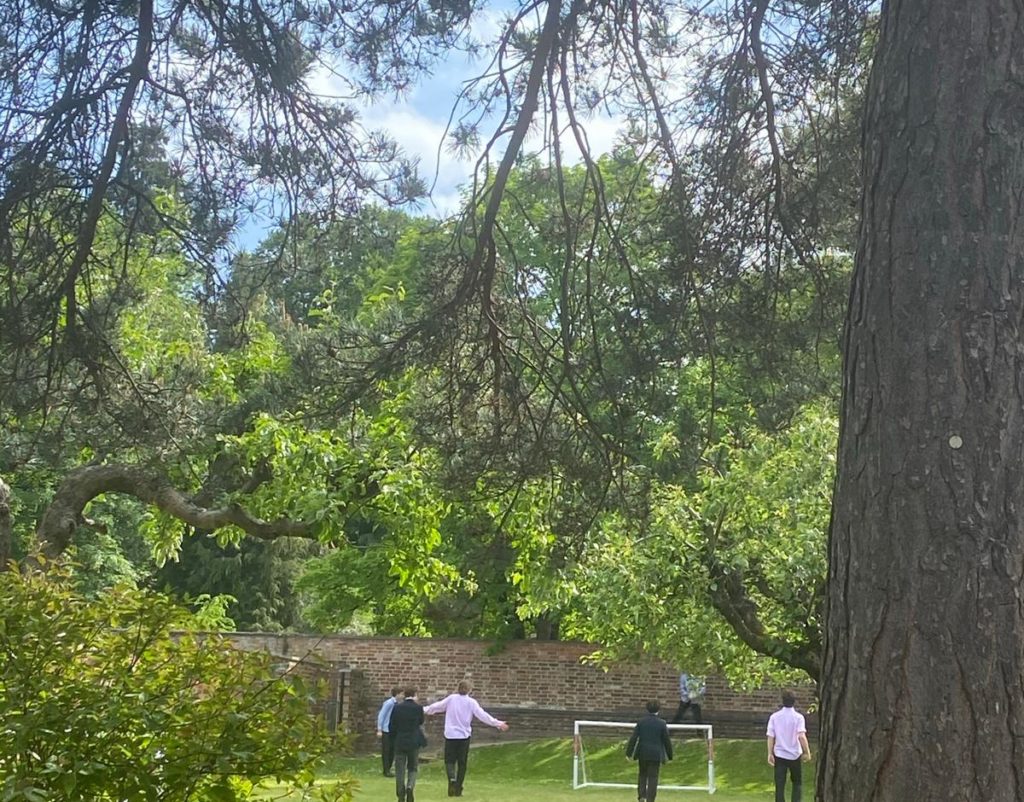 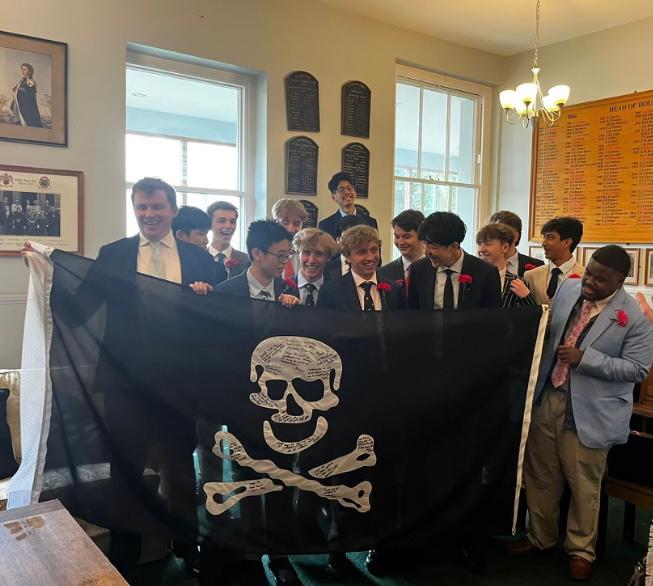