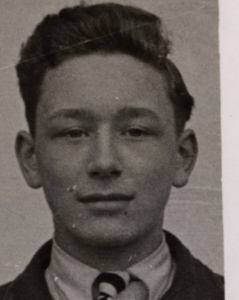 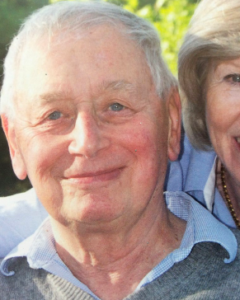 On leaving College, Christopher served his National Service with the Royal Electrical and Mechanical Engineers and was seconded as a Second Lieutenant to the Queen’s Own Hussars stationed near Hamburg in Germany. This led him to show a love of military hardware and its tactical deployment that lasted his whole life. He was a walking encyclopaedia of military history, especially the land and sea campaigns of the two World Wars.

His working career, similar to that of his father and sons, was centred around electrical and mechanical engineering. His career started at Dowty Marine where he worked with water speed record breaker Donald Campbell and progressed to Dowty Rotol which made industry changing aircraft undercarriages and world leading knitting machinery at Bentley in Leicestershire. The family moved to Beaconsfield in 1972 where he took a senior role with an import/export company.

After losses at Lloyds, where he was a name, he decided to rebuild the family coffers by starting an energy saving company with a lifelong friend, John Gilley. Resource Conservation was away ahead of its time, both in terms of its proposition to save hotels and other establishments money on their heating, electricity and water bills, and also via the business model which eliminated their risk as they only paid commission on the amount they actually saved.

Christopher bought a 16th century farmhouse in St Felix in France which took over 10 years to restore, requiring considerable resourcefulness and project management skills, as well as more than a smattering of technical French!

When he retired in 1997 he and Alexandra moved to France. He kept a lively interest in managing his stocks and shares portfolio.

Gradually failing health forced a return to the UK in 2016, where they were lucky to find a lovely single-storey home that was in a great location and required no restoration!

Christopher is survived by his beloved wife Alexandra, to whom he was married for over 60 years, sons Simon and Dominic, daughter Katherine, and his brother Stephen.