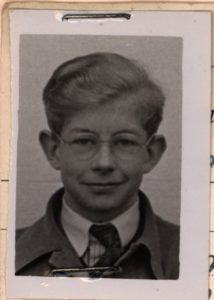 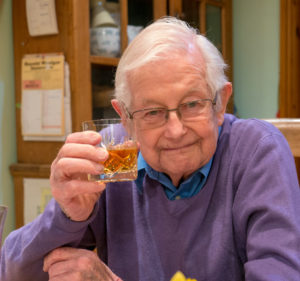 Back in the 1930s, his parents who lived in Yorkshire, seeking a better life in the great depression era, moved to Northern Rhodesia, now Zambia. In 1933 his mother, learning that she was pregnant, was dispatched alone on a six-week long sea voyage back to England in order to give birth. His mother and he quickly returned to Africa and a typically colonial life until sadly his father died of cancer in 1939. Christopher was just five years old. At the outbreak of WW2, the family returned to Doncaster and Christopher was raised by his mother and aunt. During the war years he attended Cheam School in Hampshire and then to College, where his father had been educated.

On leaving College, he served his National Service with the Royal Artillery, during which he volunteered to fight in the Korean War. His duties whilst fighting in Korea involved going behind enemy lines at night to repair the telephone cables they used to direct the big guns.

He returned to Doncaster in 1954 and started his own haulage business at the young age of 20. Initially, he ran the business from home. Not surprisingly the neighbours soon objected to diesel engines being started up at all hours and eight-wheelers clogging up the tiny residential street. This prompted a move to a farm site. Christopher, through sheer hard graft and determination, built a highly successful haulage business.

Christopher was highly resourceful. During the three-day week in 1974, when the country was suffering power-cuts and there was no work for his trucks, he took the engine out of one of his old lorries and used it to build a diesel generator. These were in high demand at the time.

By the mid-1970s, with the fuel crisis and a new Labour government in power, the haulage business was getting tougher and tougher. Christopher decided to sell off all his lorries and move into forklift trucks and mobile crane hire.

Outside of work, Christopher had precious little time for hobbies but he was an accomplished pianist and would spend many a happy hour trying to perfect playing Chopin’s Fantaisie-Impromtu or Beethoven’s Moonlight Sonata. He was a was a life-long member and supporter of Doncaster Rugby Football Club.

Towards the end of his life his ill health meant he struggled to get about, but his mind was as sharp as a tack, reading the Yorkshire Post cover to cover every day, finishing off the cryptic crossword in record time and keeping abreast with sporting news and current affairs.

Christopher is survived by his beloved wife Julia, son Martin and daughter Alison, and his grandchildren.