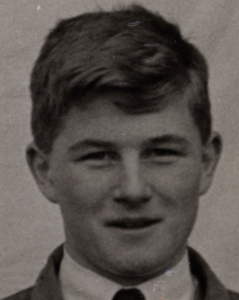 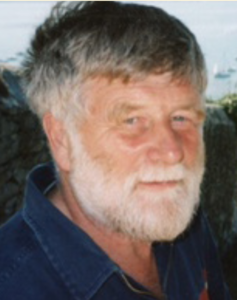 The son of a Captain in the Royal Navy, he was born in 1933 in Portsmouth. His father left the Navy in 1935 to become a vicar in the village of Luckington, Wiltshire. Charles remembered his childhood in Luckington fondly, where they lived in a beautiful rectory in the small village where they were very active in village life. However, he was sent to boarding school at a young age, first to Stour Hill Prep School, before winning the Firth Brown Exhibition to College in 1946. In his final year he rowed in the 2nd IV. He left College at the end of Lower Sixth to join RA Lister for a year as a student apprentice before going on to the University of Bristol to study electrical engineering.

After University, Charles applied to do his National Service in the Royal Navy, following in his father’s footsteps. He initially failed his medical for having flat feet, but somehow managed to convince them he was good to go. He was sent on HMS Bulwark to Singapore, amongst other places and he thoroughly enjoyed the camaraderie during his time in the Navy.

Charles married his first wife Christine in 1964. They settled in Taunton where Charles started working for the South Western Electricity Board. Over his time with them he built and designed many electrical sub stations which are still in operation today. They had two daughters, Catherine and Helen, born in this period.

He later moved to Cawsands and Plymouth and in 1973 Charles met his second wife Margaret, who had recently moved to Devon with her family. They were married in 1974 and moved to Edgbaston in Birmingham to start work for the Ministry of Defence. A short while later, Charles took a new position at the Ministry of Defence Admiralty in West Drayton, where he designed electrical equipment for use on Royal Navy ships. In 1978, they moved to Odiham in Hampshire, an area he enjoyed as it had a local canal and wasn’t far from his boat which was moored in Portsmouth.

Charles retired at the age of 57 and he and Margaret completed their much-anticipated move back to Devon for their retirement. They managed to find the perfect property in Lympstone, where Charles at one time had nine allotments overlooking the Exe Estuary. This provided a lot of prize- winning vegetables in the local annual competitions. Having the boat moored nearby on the Exe Estuary made for lots of time sailing and he thoroughly enjoyed being by the sea.

During their time in Lympstone, Charles extended their home and kept himself busy as the Treasurer of the Allotment Society. He was also a keen member of the Retired Engineers’ Club, where he would do talks on Engineering topics.

Charles was a very clever man. His enquiring mind was interested in how things worked from an early age. He knew his periodic table into his 80s and Physics and Mathematics came very easily to him. He was fascinated with steam trains as a boy and throughout his life, he would enjoy looking at trains and wondering about the engineering of viaducts and bridges. Family days out often involved visiting different rail tracks, sub- stations and bridges! As a youngster, he had a motorbike and side-car and was always able to repair his own cars and get his hands dirty.

In later years his health sadly declined. He was diagnosed with Parkinson’s Disease in 2005 and later a problem with his brain was discovered. Charles had a complex operation in 2007, where a titanium plate was placed on his skull. His recovery from this was nothing short of incredible. Long months were spent in hospital and gradually he became well enough to come home.

Sadly 14 years of declining health followed, but he kept strong for his family during this time. His Parkinson’s Disease and associated dementia changed him from a man who could do everything, to one who could do nothing for himself. As difficult as this must have been for him, he never complained, and seemed to just accept everything. When asked how he was, he would always say, ‘I’m as well as can be expected, if not a little bit better.’

Charles is survived by his wife Margaret and daughters Catherine, Helen and Lorina.