Back to News
Home > Houses > Chandos

As this was the first full year back in College and House post pandemic, Mrs Poulain and the House team were able to put on some exciting activities and events such as the rollerblade disco which really tested the girls’ stability! The Saturday night socials along with the mountain of food eaten in House brought all the girls, younger and older, together for the first time in two years. The annual s’mores and firepit evening once again brought lots of smiles and filled the garden with laughter! Parents were not forgotten either when Mrs Poulain was able to have drinks and snacks on offer in May when eight musically talented girls put on a small performance in House for everyone to enjoy.

At Speech Day we had an outstanding 17 girls receive attainment and subject awards! See the table on this page. With girls taking part in subject challenges, Olympiads and debates, we have had many successes. Chandos girls have taken part in these events across an array of subjects, including German, French, Chemistry, Biology, Maths and Theology, Philosophy and Ethics. The Upper College girls have also taken part in Mini MBAs and Model United Nations events after school to represent College and Chandos.

It’s been an outstanding year for the entirety of Chandos and sport! The House has performed extremely well in House Pots events throughout the year. On a winter’s afternoon, Chandos won the senior House Pots hockey. Furthermore, Chandos performed valiantly in netball House Pots, and also won both junior and senior House swimming! We were the only House able to enter two teams into House Pots cricket this year and we came second to Ashmead in the final! There were some great individual performances on display at Sports Day, with Tilly W being selected to run as one of the Upper College students in the Bannister Cup, as well as breaking the triple jump record.

Chandos has also had an incredibly successful year in drama, music and art. Many pupils in Chandos are part of the Schola Cantorum and Canticum choirs, orchestra and bands, and many hold music scholarships and exhibitions. Most notably, Kimmy K won the Gloucestershire Young Musician competition, beating entrants much older than her. Beatrice C, Lisa M, Sofia MD, Tessa W and Iona D have all been awarded their art ties this year too! Chandos has also had many budding actors with many taking part in schools plays such as Pride and Prejudice and Into the Woods. We are very proud of Catherine G who had the lead role of Little Red Riding Hood in the latter. There were many Chandos appearances in the Variety Show which showed some great talents!

This year we say goodbye to Miss Linehan, who has been Resident Tutor in Chandos for the past three years! Good luck in the future! And to our Upper Sixth, thank you for everything you have done for the House and for the examples you have set for our family. We will miss you! 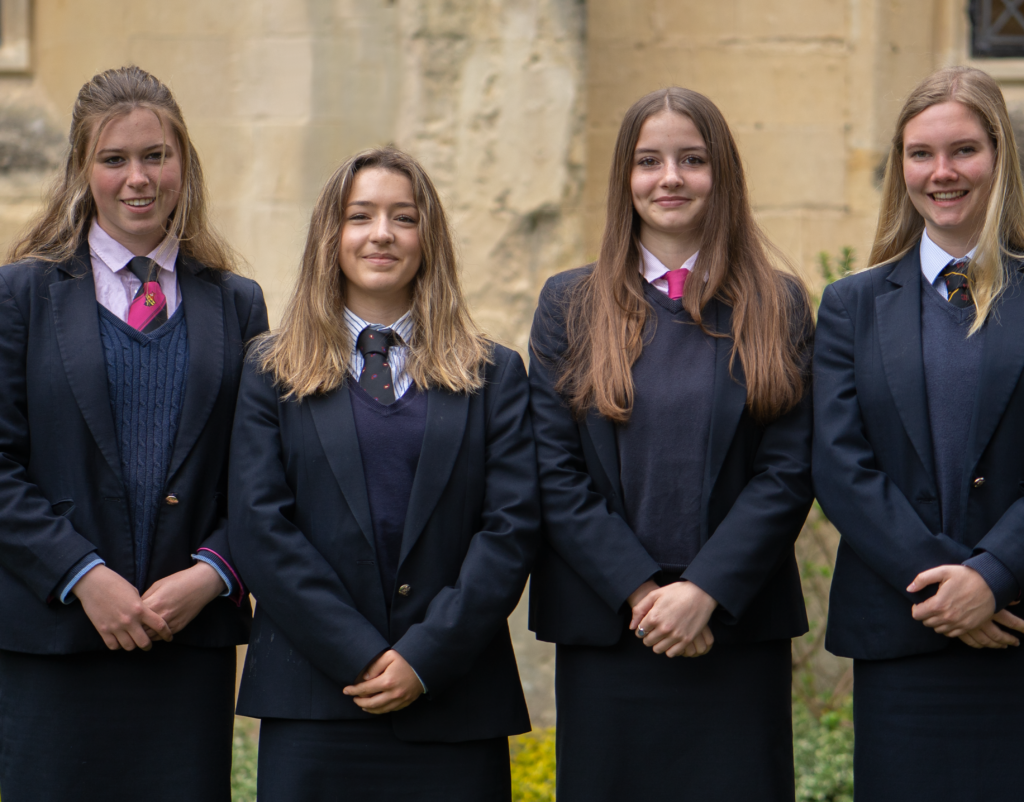 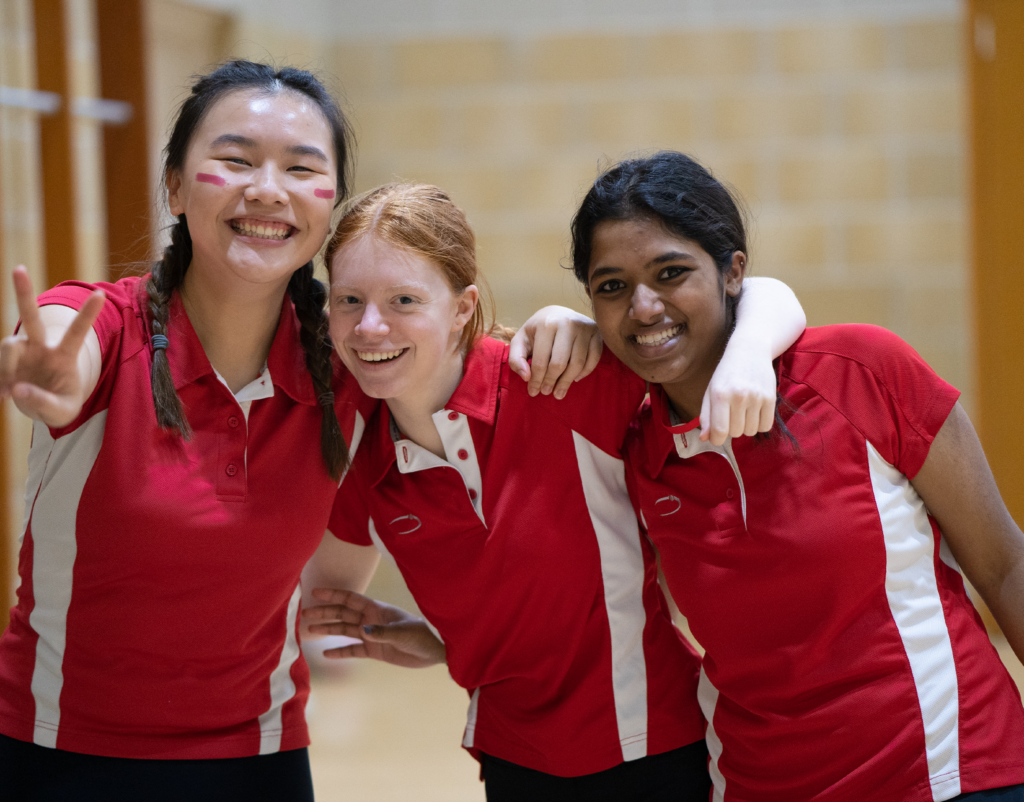 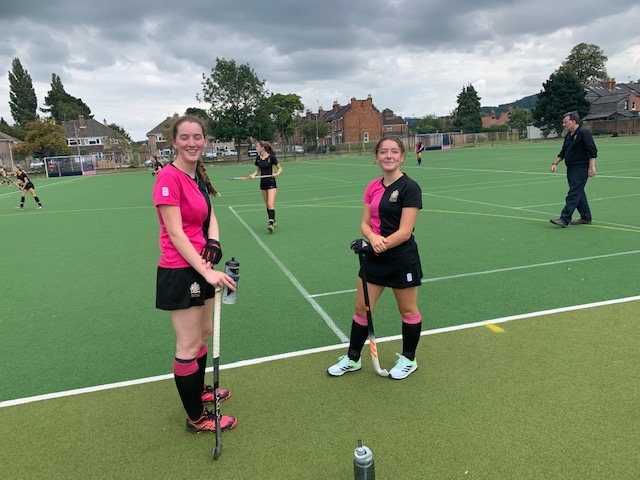 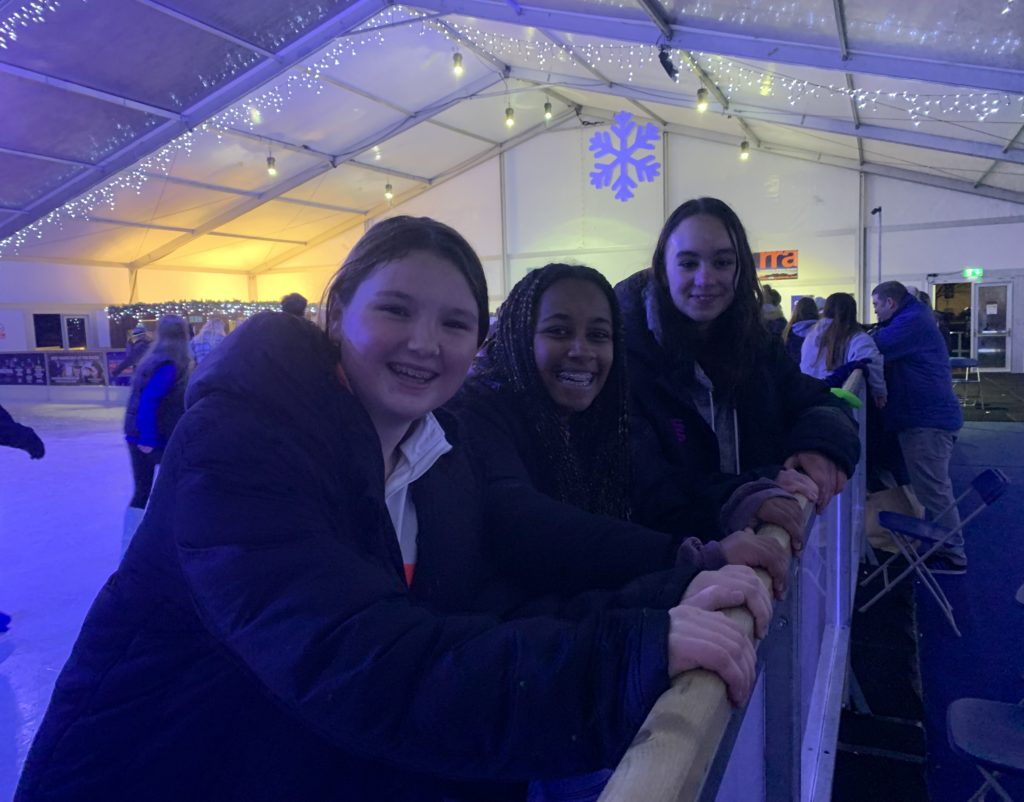 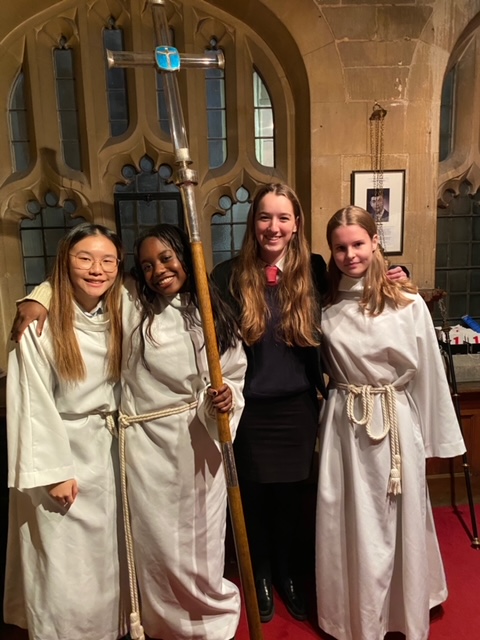 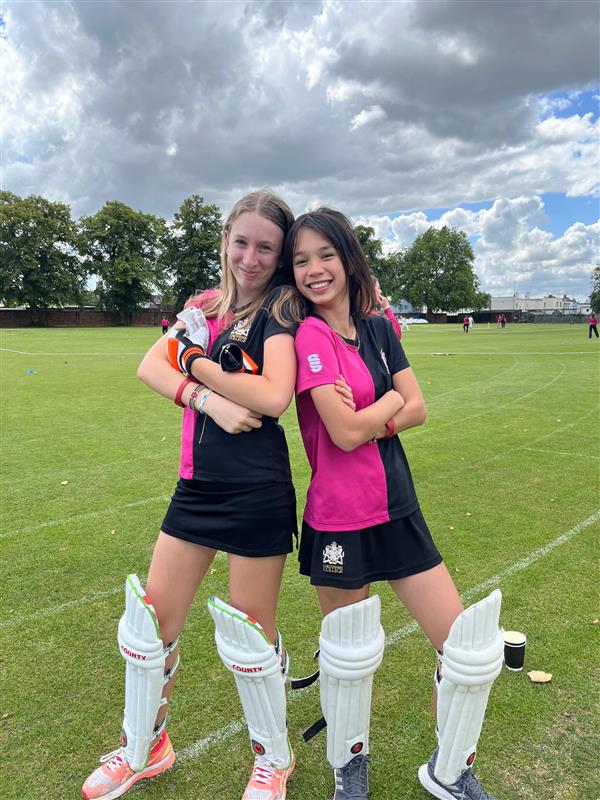 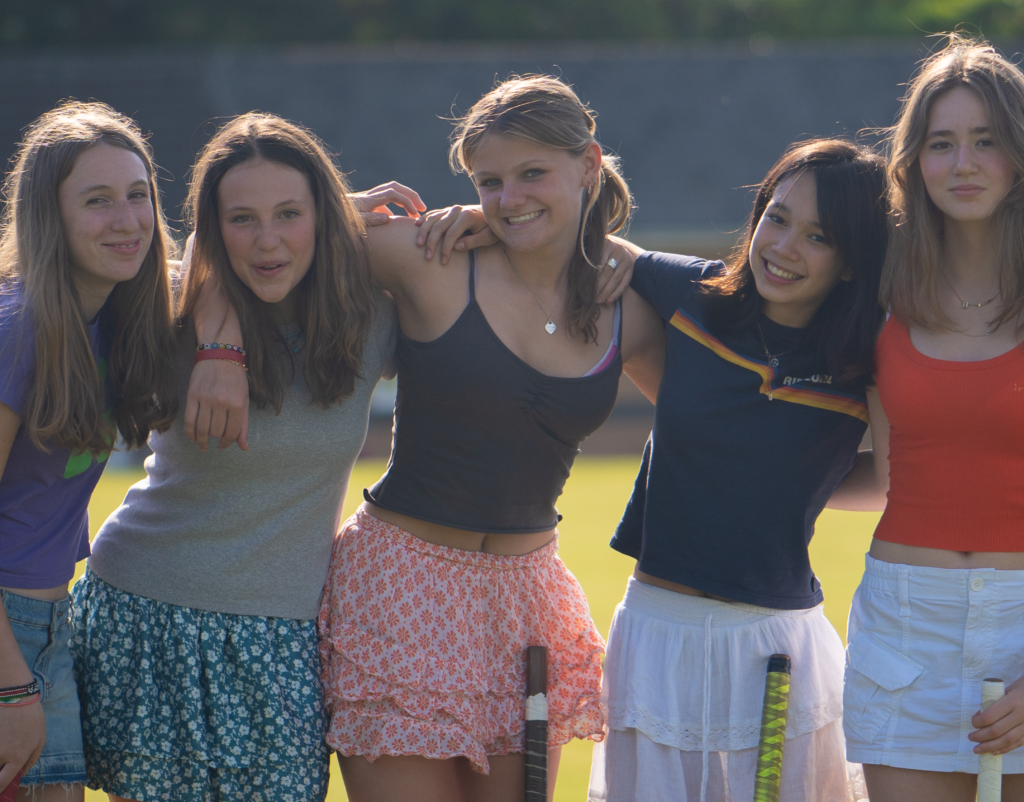 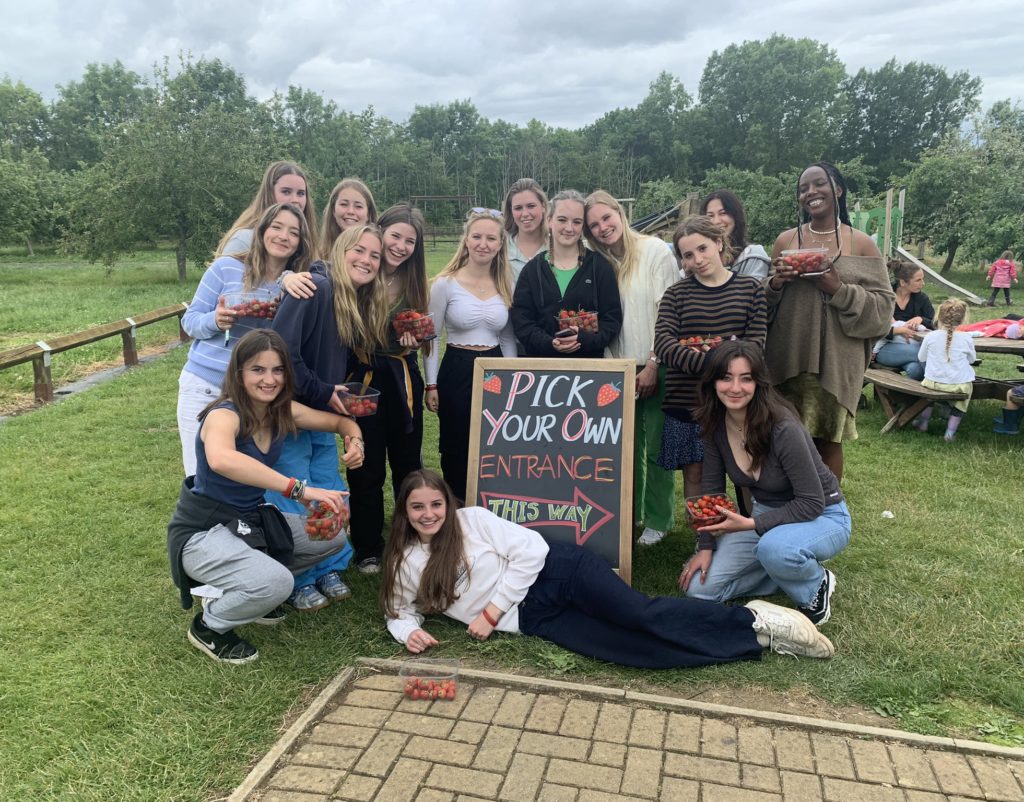 We are proud to say that our Upper College girls also won The Lldarin Shield for girls’ House academic achievement.

Q: What has been your favourite House memory in Chandos?
A: Having been away for such a long time due to Covid, on the first weekend back after Easter, we had a disco dome and trampoline bungee jump. This really brought back the House spirit which we had missed hugely.

Q: What are some tips you have for new Chandos pupils?
A: Put yourself out there for all opportunities offered and don’t be afraid to be
who you are.

Q: What is the best thing you have learned from being in Chandos?
A: I believe that Chandos has a very welcoming atmosphere, and this leads to inclusivity. There is such a variety of people and their interests; there is something and someone for everyone.