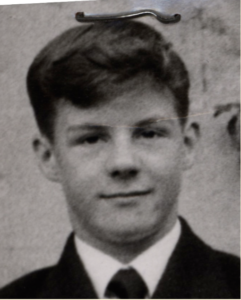 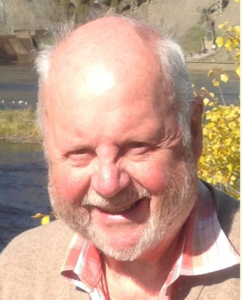 His final report from his Headmaster said, ‘There has always been a note of appreciation by his masters in this boy’s reports. He can hardly fail to do well in life.’

Ben left College a year early to work in the family business, due to the fact his father was ill. He worked in the business, which is in quarrying and steel strip manufacturing, for all of his life up to the time of his illness in 2021.

He married his wife Norma in 1963, and they had two children Ben and Jane. Ben sadly passed away in 2019, and Jane has taken her father’s position as Chairman & Managing Director of the company, Ben Bennett Jr Ltd. Her husband and all Ben’s grandchildren are employed in the business.

Ben was a life-time supporter of Rotherham United and was a long-standing club sponsor. His support of the Club was much more than a personal passion of his, rather something he insisted upon sharing throughout his bloodline. His wife has been a near ever-presence by Ben’s side at fixtures over the years before future generations of Bennetts were introduced – and subsequently came to share their love for Rotherham United.

His devotion to family life was so strong, in fact, that upon the opening of the new AESSEAL New York Stadium back in 2012, Ben was quick to insist that his company associated itself with the family stand at the new stadium. It has proudly carried his name since that date.

Ben is survived by his beloved wife Norma, daughter Jane and his grandchildren.