I will never forget meeting Her Majesty The Queen at Cheltenham College and having the honour of showing her around this fabulous school.

The build-up was very exciting with Christian Gibbs (NH, 1992) the Head Boy, and myself the Head Girl, being asked to do numerous interviews with the local newspapers, magazines and even the local radio and TV station. As I had exams up until the day before the visit, it was only when I came out of my last exam and the whole College was buzzing with police and sniffer dogs, did it sink it what was happening the next day. 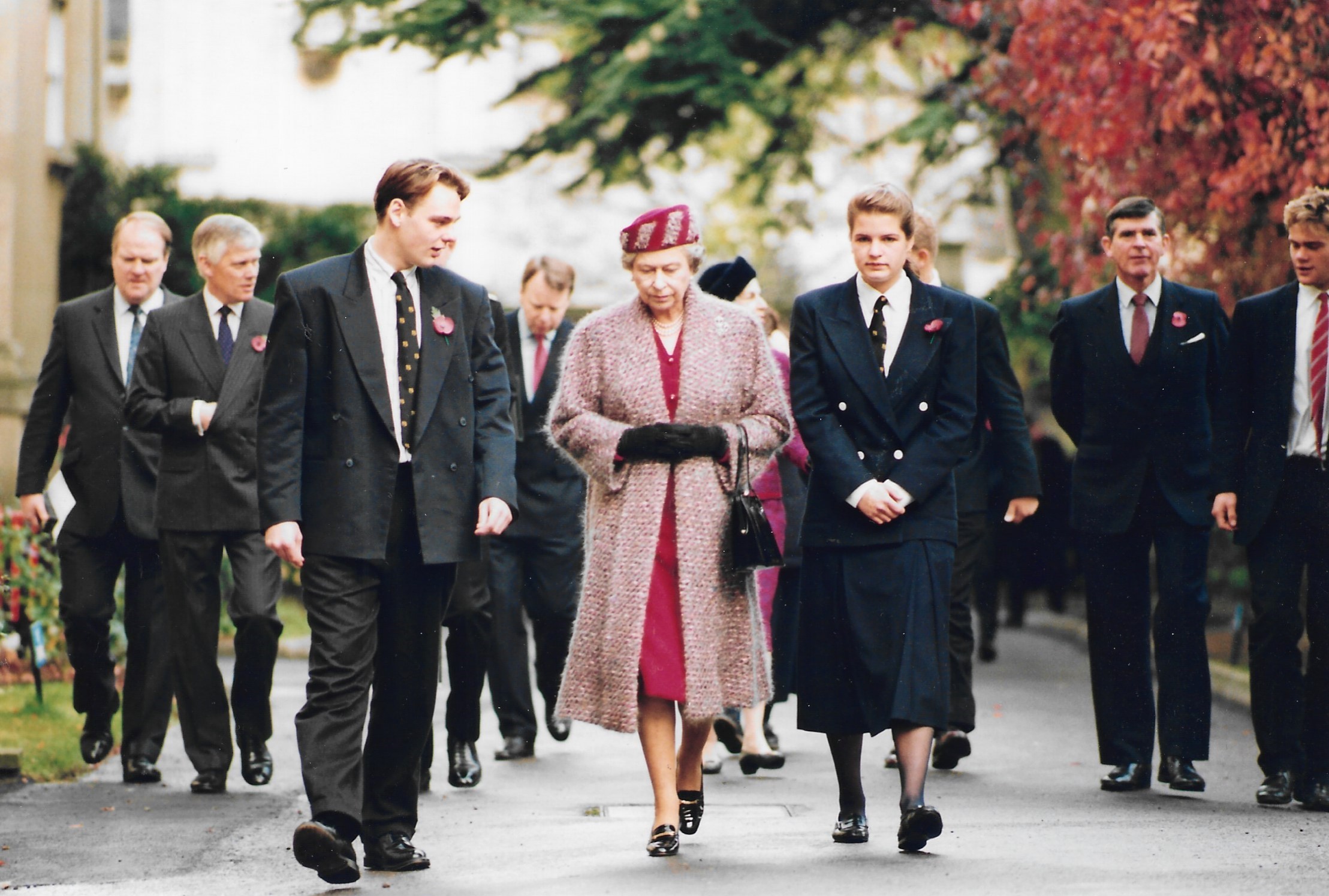 On Friday 8 November 1991, the day of the visit, Christian and I met at The Headmaster’s House at 8am. We got stopped and checked by the police on the way. Mr Wilkes the Headmaster briefed us on any last-minute matters. At 10am we were asked to process into Chapel down the wonderful aisle and shortly afterwards Her Majesty The Queen arrived! It was quite a moment. The service was beautiful and the finale was singing the National Anthem, as you can image the sound was amazing!

We were formally introduced to The Queen in the Library, before Christian and I led her on a tour of the whole school.

The Queen was very interested in everything about the school. I remember her quoting some Macbeth in the Drama lesson, speaking some French in a French lesson and she was very impressed by all of the facilities at Cheltenham College. She was so chatty and easy to talk to and asked lots of questions. She was also very interested in the number of girls at College, as we were still in a minority, and what it was like for girls. ‘Brilliant’ I replied.

After visiting the Junior School, The Queen enjoyed lunch with us and on departing she was given three cheers by the whole of College. An extremely exciting day and one that I will always remember.

I, like many, was deeply saddened to hear of the death of Her Majesty The Queen. She will be remembered for a remarkable life of duty and dedication. An extraordinary and inspiring woman, who gave a lifetime of service. I thank her for 70 years of unwavering devotion to her country and beyond.

After College, Lucy went on to study Human Sciences at the University of Oxford. After graduating, she was selected for the Unilever Management Training Scheme and went on to become a Unilever Senior Brand Manager, managing brands including Flora Margarine and PG Tips, before being appointed Head of Communications of Air Miles for British Airways. She later moved to TUI Marketing to launch a new airline Thomsonfly.

In 2008, Lucy co-founded Holt Property Limited with her father and brother Anthony Holt (Xt, 1994) and now, having completed her Chartered Surveying exams, specialises in commercial and residential development land.

The company acts in an agency and consultancy role for landowners to help them to establish if their land has  development potential and if it does, to optimise the value of their land working with an extensive network of consultants and contacts to create, add and maximise value at every opportunity.